All deals are valid today, Saturday, May 4, in the US and most of the time the UK, but they may not be valid tomorrow or in all Amazon stores. Please check the price before buying! 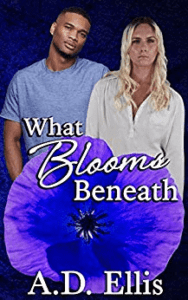 What Blooms Beneath – A.D. Ellis

If you’re looking for something different, try What Blooms Beneath. It’s an LGBT fantasy romance set in the future with two people trying to survive in an oppressive environment. Not your standard romance, but definitely worth a try. 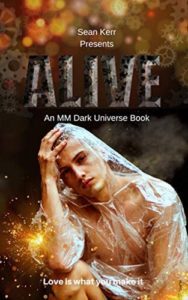 Alive is another dark MM romance with horror elements from Sean Kerr. If you like your romances twisted, with unexpected plot turns, and dark elements, try this author. You’ll be in for quite the ride. 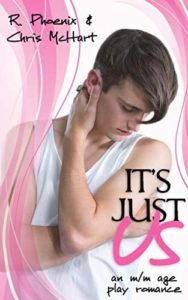 A college student meets an older man who shows him a whole new world in It’s Just Us. May-December, daddy kink, and age play… Admit it, you want to one-click this, haha. 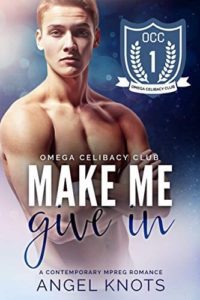 Make Me Give In – Angel Knots

An omega determined to stay celibate and stop thinking about the alpha he’s wanted for years meets said alpha at a wedding. When he discovers the alpha has had his eyes on him for years as well, can he keep his promise to himself to forget about him? Find out in Make Me Give In, an mpreg romance. 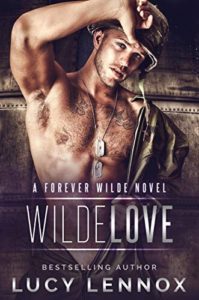 Wilde Love is the book a lot of us have been waiting for: Doc and grandpa’s story. They’re the patriarchs of the Wilde Family in the Forever Wilde series and in this amazing book, we discover their love story, starting in the Vietnam War. You’ll need tissues. Also: don’t start this late at night because you’ll end up reading till the early morning. 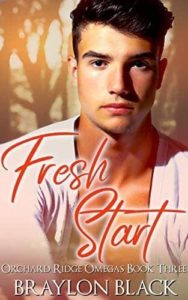 Mpreg lovers will love Fresh Start, a small town omegaverse romance with a pregnant omega escaping his abusive ex and the small town sheriff who falls for him. But the older sheriff (age gap!) has his own ghosts from the past. 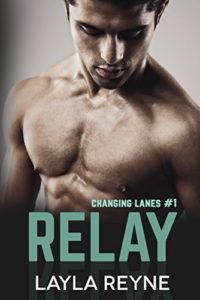 Both books in the Changing Lane series are only 99c right now. The first book, Relay, is a second chance romance between the captain of the US swimming team and the man who broke his heart years ago and now begs for another chance. Book two, Medley, is also set in the world of competitive swimming. 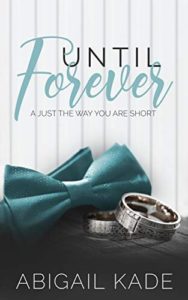 Until Forever is a short story and the sequel to Until the Stars Fall. I don’t usually list these, but I loved that book, so I just wanted to make sure you don’t miss this sweet extra story with Ladd and Connor’s wedding. 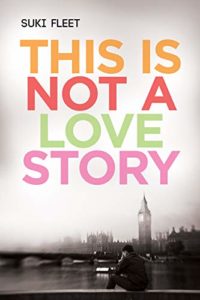 This is Not a Love Story – Suki Fleet

This is Not a Love Story is a new young adult release at 99c, the story of two homeless teens trying to stay alive…and together. I’m expecting high angst in this one. 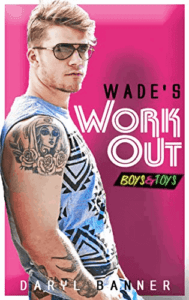 Wade’s Workout is the second installment in Daryl Banner’s connected summer series about four gay friends and the trouble they get into. The first book, Caysen’s Catch, was a riot, so don’t miss out on this friends-to-lovers story of a guy who asks his best friend to become his personal trainer. This is a new release at 99c. 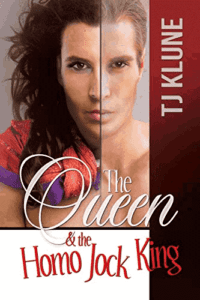 The Queen & the Homo Jock King is the sequel to Tell me It’s Real, but can be read as a stand alone. It’s a classic TJ Klune novel with laughter, impossible situations, and a sizzling enemies to lovers story between a drag queen and the son of the mayor trying to shut his club down. 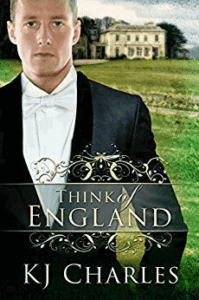 Think of England is vintage K.J. Charles: a historical romance set in 1904 with suspense elements. I love KJ Charles, and this is one of her best if you ask me. A wounded former army officer meets a poet who makes him feel all the things, but when events take a dark turn, they’ll need each other to find out who’s behind it…and to stay alive. 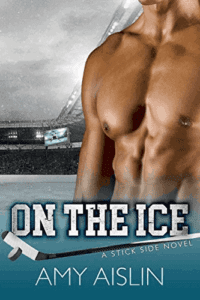 On the Ice – Amy Aislin

Mitch, a talented college hocker player, meets Alex, an NHL player who’s recovering from an injury in On the Ice, a classic sports romance. But Alex is deep in the closet and doesn’t think he can come out, not even when Mitch is all he’s ever wanted… 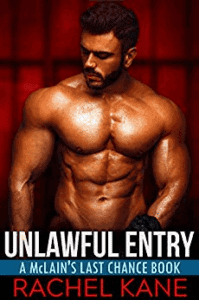 A sheriff and a bad boy meet in Unlawful Entry, a classic bad boy romance that promises plenty of steam, opposites attract, and a hard-fought happy ever after. The blurb had me at “one forbidden night with him in his cell”… 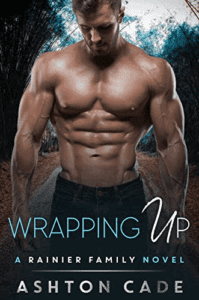 A new release at 99c, Wrapping Up is the sixth book in the Rainier Family series. When being told to tone down the gay to win an election, a man finds that hard after meeting a sweet nurse. Small town romance, a big meddling family, and two men who try very hard to navigate their attraction. 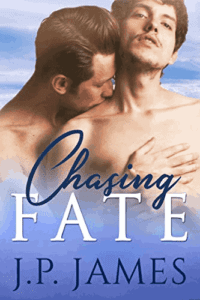 Chasing Fate is an age gap romance with a father’s best friend trope from a new to me author. When he agrees to let his best friend’s son do an internship, Dane didn’t expect to butt heads with him that much…or to fall for him. Sounds good to me! 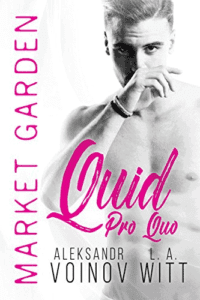 Check out Aleksandr Voinov for several 99c deals and discounted prices in his back catalogue.

Charlie’s Hero is a small town romance between Charlie, a school teacher who returns to his hometown, and Josh, the paramedic he falls for. But Josh isn’t out and Charlie doesn’t want to hide anymore. Can they find their happy ever after? 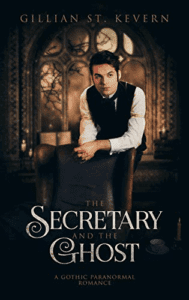 The Secretary and the Ghost – Gillian St. Kevern

The Seretary and the Ghost is a gothic historical romance between a Lord with a temper and his new secretary. Add a little mystery and you have all the ingredients for a classic regency romance, but gay. I’m in. 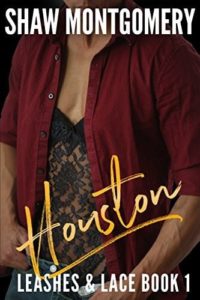 I loved this romance between a Dom who loves wearing lacy panties and his new roommate who seems straight…but is he? Houston is a classic Shaw Montgomery book with all the sweet, the slightly kinky, and the feels. 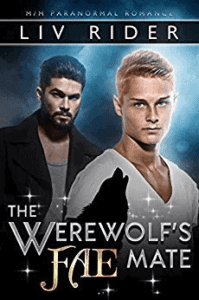 The Werewolf’s Fae Mate is a classic case of the title says all you need to know, haha. A werewolf meets his fated mate in a college student who doesn’t realize he’s fae. Needless to say, complications ensue. 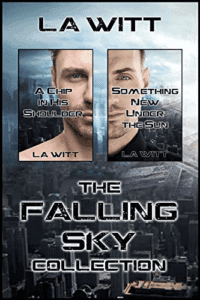 The Falling Sky Collection is a bundle of two sci fi books by prolific author LA Witt about two men who have to learn to trust each other in a world that wants to keep them apart. Plus, there’s something about bio-modified vampires, which sounds weirdly intriguing, haha. 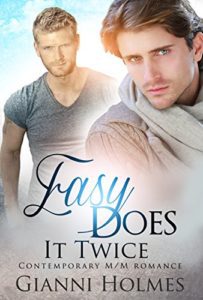 Easy Does it Twice – Gianni Holmes

Easy Does it Twice looks to be another high angst romance and mind the trigger warnings on this one. A teacher falls for a student’s father, but when a video of them goes viral, they encounter a lot of prejudice and hate. 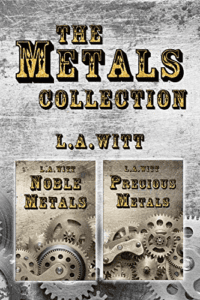 The Metals Collection features two books set in the time of the great gold rush in Canada and Alaska. Rugged men, hard times, and real love. 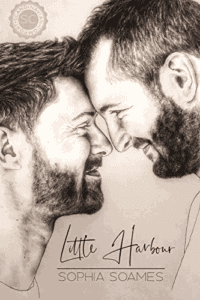 Little Harbour is the ultimate hurt-comfort novel about a man trying to recover from losing his wife and the man who’s had a crush on him for years. Slow burn, angsty, super long. 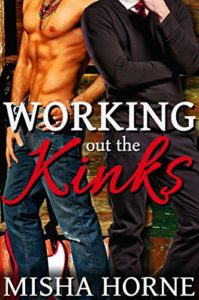 Working out the Kinks – Misha Horne

OMG, I loved Working Out the Kinks so hard. A little taboo romance, a dose of spanking and disciplinary kink, and a lot of emotional angst with all the feels and flutters. It was absolutely perfect. Grab this one fast. 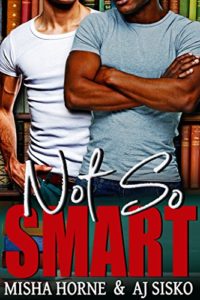 Not So Smart – Misha Horne

A great deal on this super sexy book from the absolute master of spanking-books, Misha Horne. Not So Smart is an epic book, featuring two messed up college students (one of whom is a seriously fucked up virgin, haha), a ton of sexy scenes, very confused feelings, and a whole lotta kink. Man, I loved this book so hard.