I’m back!  Happy St. Paddy’s Day to those celebrating!  The rest of you are getting lucky with books. Or maybe both. The weekly deals are a day later than usual because I was on a plane yesterday all day and couldn’t post.

Welcome to this week’s hot new releases, 99c deals, and freebies in gay romance! All deals should be valid at the time of publishing, Sunday, March 17, in the US and most of the time the UK, but they may not be valid tomorrow or in all Amazon stores. Please check the price before buying. 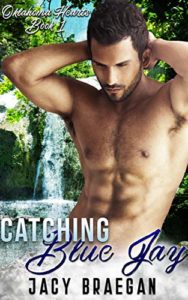 Catching Blue Jay is the debut novel of this author, and it’s a sweet second chance romance with best friends who lost contact suddenly many years ago. When they reunite, is their connection strong enough to last or will the past ruin everything? 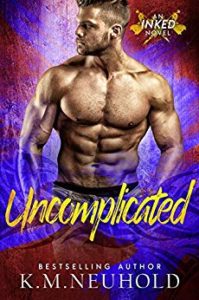 Uncomplicated is the latest book in the Heathens Ink spin off series, and oh my, it’s so good. I love MMM romances, and this is an excellent one, featuring a friends to lovers and a second chance romance with the classic mix of sexy, sweet, and all the feels this author is known for. 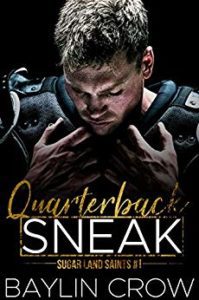 If you love sports romances, Quarterback Sneak should be right up your alley. Two best friends, room mates, and team mates become more when they kiss, but then things fall apart and they’re back in the friends zone. But can they make it work a few years later? Another friends to lovers and second chance romance! And: still only 99c right now, but that will change soon! 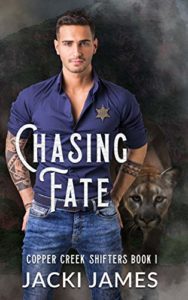 I have a weakness for fated mates stories (as may be obvious from my own Irresistible Omegas series), and Chasing Fate is a wonderful example. A mountain lion shifter discovers his fated mate…but it turns out to be a human. Now what? I loved the world Jacki James created here with various shifters, a Texas small town feel, and a suspense side plot. 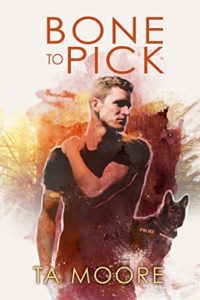 A K9 officer with a dark past teams up with an FBI agent to find a missing boy in Bone to Pick. But when it turns out the boy was kidnapped, the stakes are raised and they need to work together to bring the case to a good ending. First in a series from a new to me author, but this romantic suspense looks good! 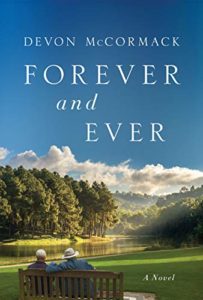 Forever and Ever – Devon McCormack

First of all, I have to give major credit to Devon here for doing something completely different than his usual stuff, which is awesome, by the way. Forever and Ever is a story of two seniors in a retirement community falling in love, and it’s quite simply a wonderful romance with all the feels. 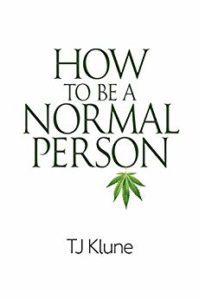 How to Be a Normal Person -TJ Klune

How to Be a Normal Person is a classic TJ Klune book: funny, poignant, and different. Gus is anything but normal and he’s fine with that. Until he meets Casey and the two connect. For Casey, Gus wants to be the most normal person ever. What follows is romantic comedy at its best. 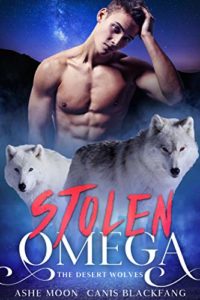 A sheltered but stubborn omega gets kidnapped by a bandit alpha in Stolen Omega. He hates his kidnapper, of course, but when his heat starts, he may feel differently. Classic mpreg story but looks like a good one! 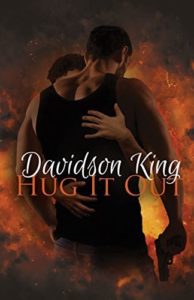 Hug It Out – Davidson King

A hitman and a professional hugger meet and connect in Hug It Out, the second book in the Haven hart series. But when someone is after  them, hugging may not be enough to stay alive. Romance with a suspense side plot. 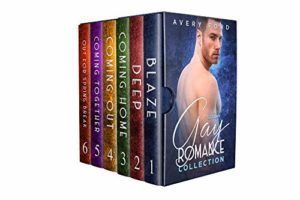 Grab six MM romances from Avery Ford for just 99c. A Steamy Gay Romance Collection contains Blaze, Deep, Coming Home, and three more books that aren’t names in the blurb for inexplicable reasons. If you’re a fan or looking for an awesome deal to score some new reading material, grab this set. 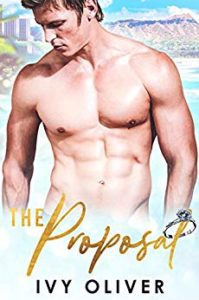 Another friends to lovers romance in The Proposal. When Daniel asks his girlfriend to marry him and she says no, he asks his best friend to come with him on the romantic post-proposal getaway he’d planned. But when sparks fly, will it be enough to last? 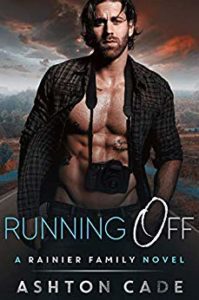 An international photographer who loves traveling the world meets a small town car mechanic who’s not going anywhere in Running Off. Can the connection they have overcome one man’s resistance to staying and the other man’s fear to go somewhere else? A new release at 99c. 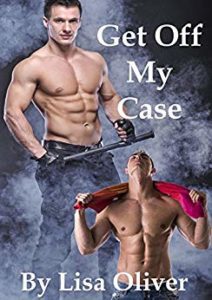 Get Off My Case – Lisa Oliver

A wolf-shifter cop meets an enemy from his old pack, a true ladies man, and they discover they’re fated mates. But when one man is straight and the other has serious trust issues, there’s a lot to work out before they get their happy end in Get Off My Case. 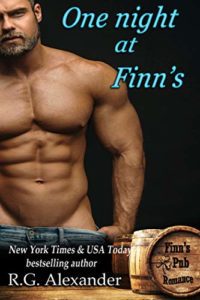 One Night at Finn’s – R.G. Alexander

One Night at Finn’s is a super hot May/December tale between an older Marine and a younger guy who is looking for a hook up but needs to be rescued by said Marine. Sparks fly and you can imagine the rest. I loved this book! 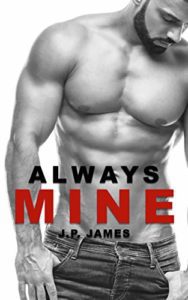 When his husband dies unexpectedly, Conor friends new friendship with his husband’s best friend in Always Mine. But when that turns into more, things get complicated. It’s too soon, too fast. Or is it? 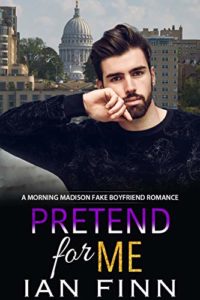 Pretend for Me – Ian Finn

I have a soft spot for the fake boyfriend trope, and  Pretend for Me is all about that. Rich guy asks his not-so-rich neighbor to play his boyfriend, and as a result, worlds collide and sparks fly. Yummy. 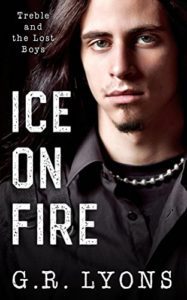 When his band has a shot at a record deal, Zac is determined to keep him being gay a secret. But when he meets Adrian and falls in love, he’ll have to decide how much he’s willing to sacrifice. Ice on Fire is from a new to me author and it’s set in a fictional world, according to the blurb. This author has two more books for free, see below. 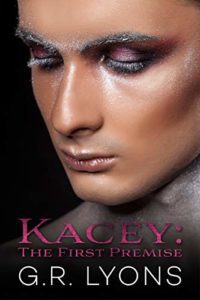 A professor haunted by his past who has managed to stay celibate for two decades meets a free spirited transgender student who tempts him to break that streak in Kacey. This is listed as a taboo tale and the reviews mention it being dark and not having a happy end in this installment yet, so be forewarned. The second book, Austin, just released, and there will be a third book coming out soon. Like the book above, it takes place in a fictional world. 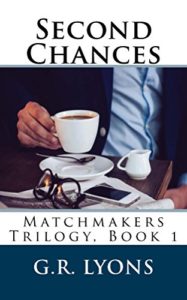