If you’re part of my Facebook group or are subscribed to my newsletter, you’ll know that life threw me some curve balls lately. It threw a big ole’ wrench in my well-laid plans, including my release schedule.

The plan was to release both Campy (Ballsy Boys book four) and a No Shame Holiday book this month. The good news is that the latter will be coming soon. The sad news is that you guys will have to wait till January for Campy.

Many of you had asked for a new book in the No Shame series, especially with the wedding…and a few more requests, haha. I’m happy to announce that wish has been granted.

The book will be called No Angel, and we’ll revisit Indy and his chosen family in the holiday season. There will be happy times, a wedding, some really kinky scenes (duh…), but also some heartbreaking news, and we’ll meet a new character who will star in a No Shame spin off series that’s planned for 2019. Yay!

I love these boys so much and revisiting them has been a lot of fun, even in the somewhat dark time in my life right now. It’s hard to explain why, but they just make me happy…and I hope that’s true for you as well! Make sure to read the whole series first, as No Angel is not a stand alone.

Because I’m way, way behind on schedule, I don’t have a release date yet, so it may even be after Christmas, which I’m sure you guys will forgive me under these circumstances. As soon as it’s done and edited, I’ll release, so keep an eye out on all social media and my newsletter for that announcement.

Of course, you guys want to see the shiny new cover for No Angel as well, right? Well, here it is…courtesy of Sloan Johnson from Sloan J designs, who also made the original No Shame covers. 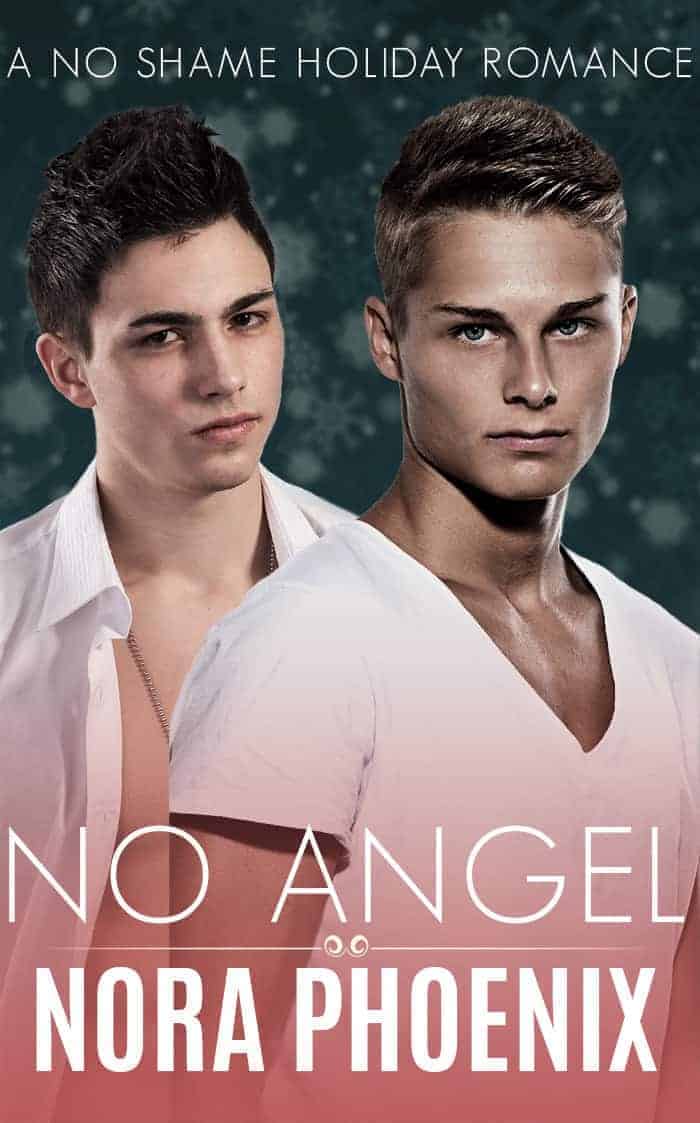 That’s Josh and Indy on the cover, by the way…and doesn’t seeing them together give you all the feels?

I hope you’re all as excited about this book as I am!