You are here: Home / Teasers / Teaser Tuesday: What Do Sven and Lars Need from Grayson?

Today, for Teaser Tuesday, I wanted to reveal a little more about Beta’s Surrender, the third book in the Irresistible Omegas series. As you may know, the three main characters are Sven and Lars (who are already lovers) and Grayson, an older alpha. But the question is: how do these three fit together? What do Sven and Lars need from Grayson?

Here’s a little snippet from a scene (unedited) where Grayson asks Palani for permission to pursue Sven specifically, since he’s an omega…and where things start to become clear.

“When Lidon officially announced the pack, we agreed to ask for permission when we wanted to pursue an omega, and you were appointed our go-to guy, so… I’m asking for permission.”

Palani cocked his head as Vieno placed a cup of steaming hot coffee in front of Grayson. “Just out of curiosity, is it hard for you as an alpha and an older one at that, to come to me, a beta, for shit like this?”

Grayson picked up on the genuine curiosity in that question, and he considered it for a moment. His alpha was quiet, but signaling his approval with the step Grayson was taking. He wanted Lars and Sven, and he was okay with jumping through whatever hoops needed to achieve that result.

“Not really, no. I think it’s because you’re doing an excellent job as a beta…and because I can sense you operate with your alpha’s power behind you. There’s no denying the authority you have, but you don’t try to rub it in, you know?”

Palani’s face broke open in a smile. “Thank you. That’s a big compliment and it reassures me. I wasn’t sure if you alphas had to, like, force yourself to respect my position. I would’ve hated it had that been the case.”

Grayson nodded, then waited, but Palani didn’t say anything.

“Erm, any chance I could actually get an answer to my question?” he asked.

“Yeah, shit, sorry. I assumed you knew my answer, but yes, you can pursue Sven. And Lars, because they’re kind of two for the price of one, right?”

Grayson’s insides flooded with relief. Not that he had expected anything else, but it was good to hear Palani say it. But he wasn’t done yet. “Thank you. And yes, it’s both. Obviously. But…”

He’d thought long and hard about this, but it had to be brought in the open, otherwise it would never work. If others didn’t know, they could try to step in, and that would allow Lars to play them against each other. No, it needed to be one united front with Grayson as the only one responsible for Lars.

Palani studied him with patient eyes, waiting for Grayson to voice his thoughts. “My relationship with them is not exactly conventional. Or it won’t be. And I need your okay on that as well…and your promise you’ll inform everyone else that they’re both off limits, Lars especially.”

Palani’s eyes narrowed. “Define unconventional. Are you talking about the age difference? Because that’s—”

“No. That bothers me, I don’t deny it, but that’s not it.” Damn, for a writer he was woefully bad at explaining this. “Sven and Lars, they need something from me beyond a traditional boyfriend, even a traditional alpha-beta and alpha-omega relationship.”

“Dude, you’re gonna have to use more words, because I’m flying blind here. What are we talking about? You tie them up? Spank them? Handcuff them to your bed and make them serve you, what?”

Grayson had to swallow back the flood of vivid images those words painted, and he felt his cheeks heat up, which rarely happened.

“Oh my, baby, you’re on the right track,” Vieno said, lowering himself on Palani’s lap to join the conversation. “Look at him, he’s blushing.” 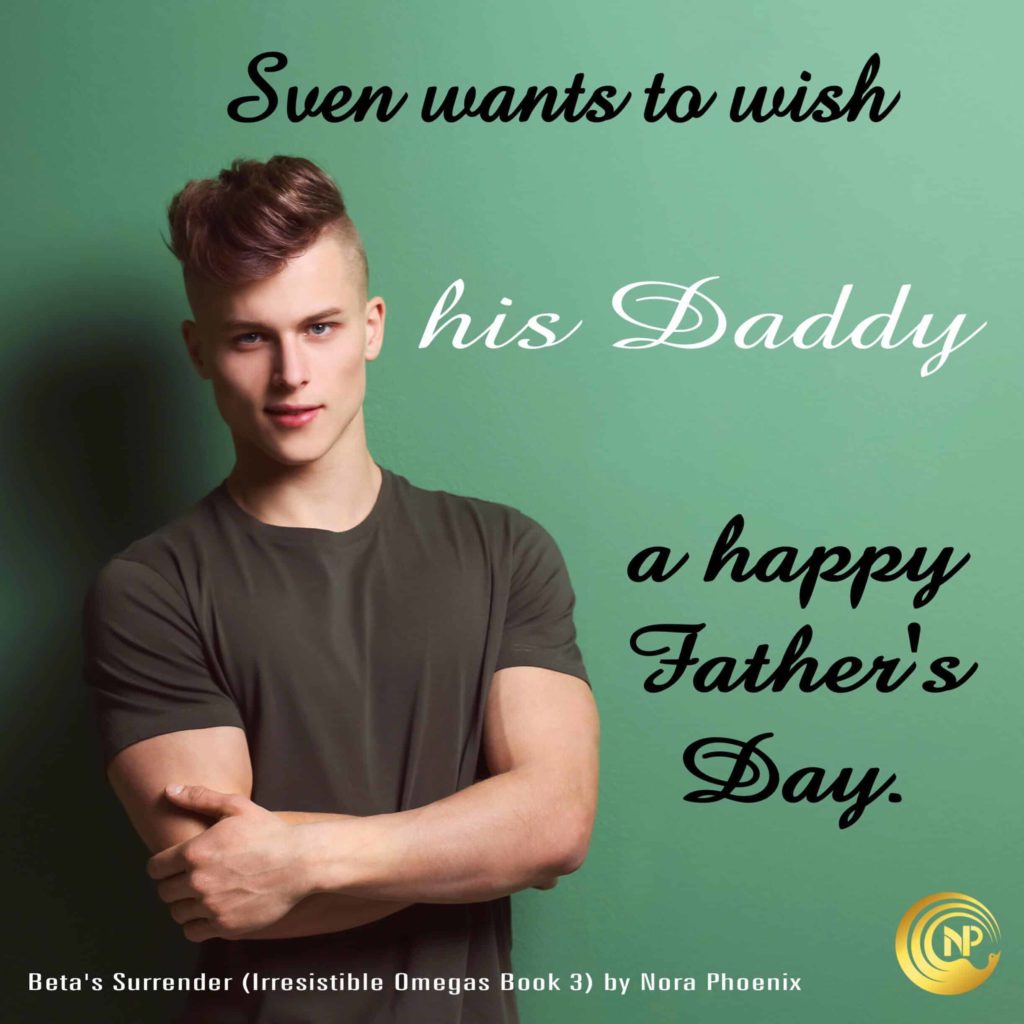