You are here: Home / Teasers / Teaser from Ignite

It’s been an absolutely crazy two months with me releasing not one but two books, but I couldn’t be happier with the results. Alpha’s Pride is getting fab reviews, and I’ve sent off Ignite, my sci fi MMM romance, to my editor.

Today, I thought I’d share a little more about Ignite, since some people were a little worried. Ignite can best be described as a mix of sci fi (there’s an alien invasion happening) and a dystopian world, with a sweet, slow burn MMM romance thrown in. Kind of like Hunger Games meets Independence Day.

The World of Ignite

Austin, Mack, and Tan meet in the South Dakota Reintegration camp when a strange meteor shower throws the camp into chaos. They decide to take the opportunity to escape, but they soon discover it may not be their own government that’s the biggest threat to them… While the world around them goes to hell, they have to rely on each other to survive and friendship slowly blooms into more.

There will be some violence in Ignite, yes, and you’ll see people dying. It is an alien attack after all, and they’re not the cute E.T. type. But I solemnly promise that the three main characters will make it. That may seem like a spoiler but I just want to make sure that’s clear. I hate it myself when main characters die, so I just wanted to assure you all that’s not gonna happen.

Okay, with that all said, are you guys ready to see a teaser? Let me introduce Mack to you, a guy who grew up so sheltered that he has no idea how to navigate friendships, let alone a relationship with other men. But he’s also wicked smart, and he has finely honed survival instincts: 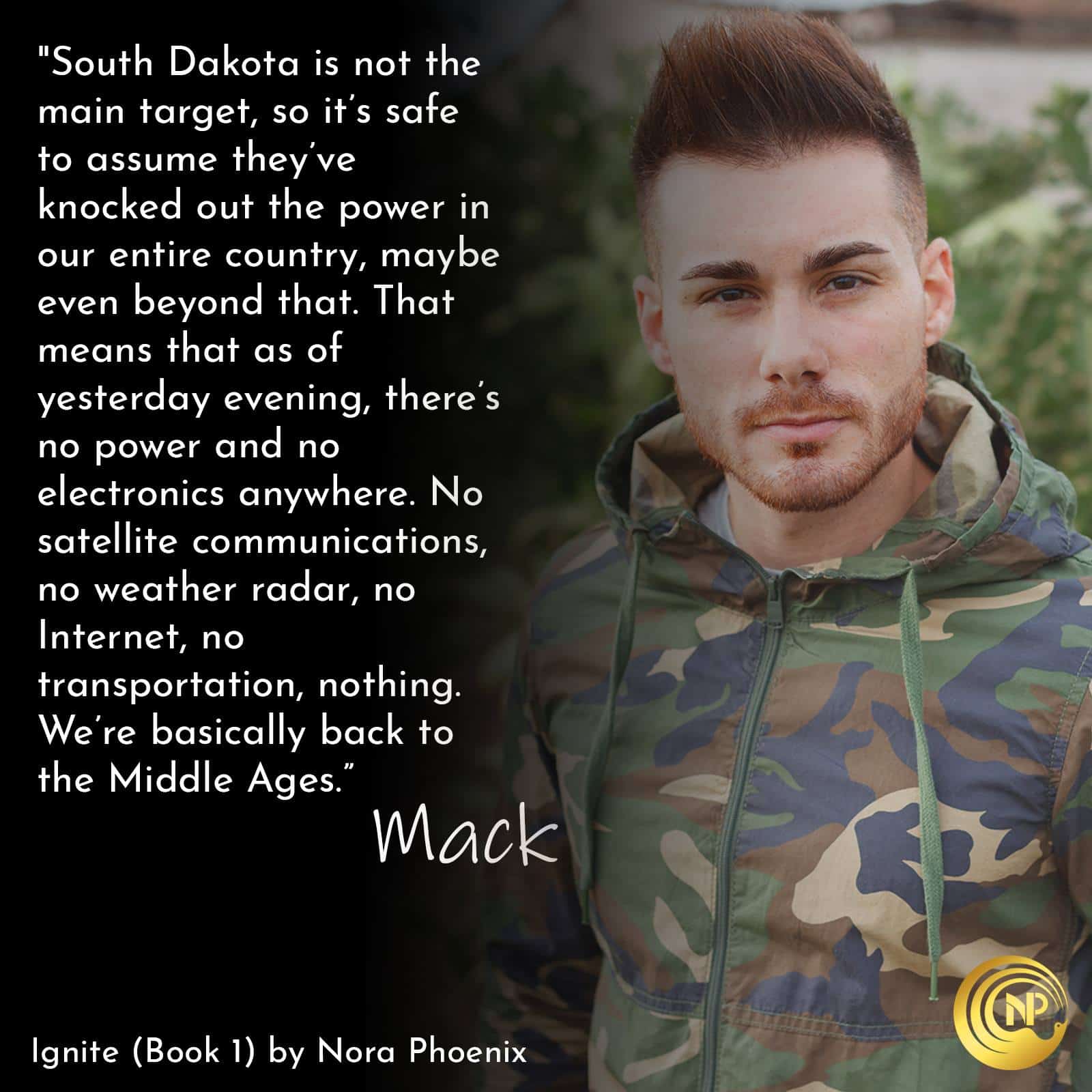 Then there’s Tan, who is a true survivor. He hides his pain well, but he’s vulnerable and triggers the protective instincts of the other two: 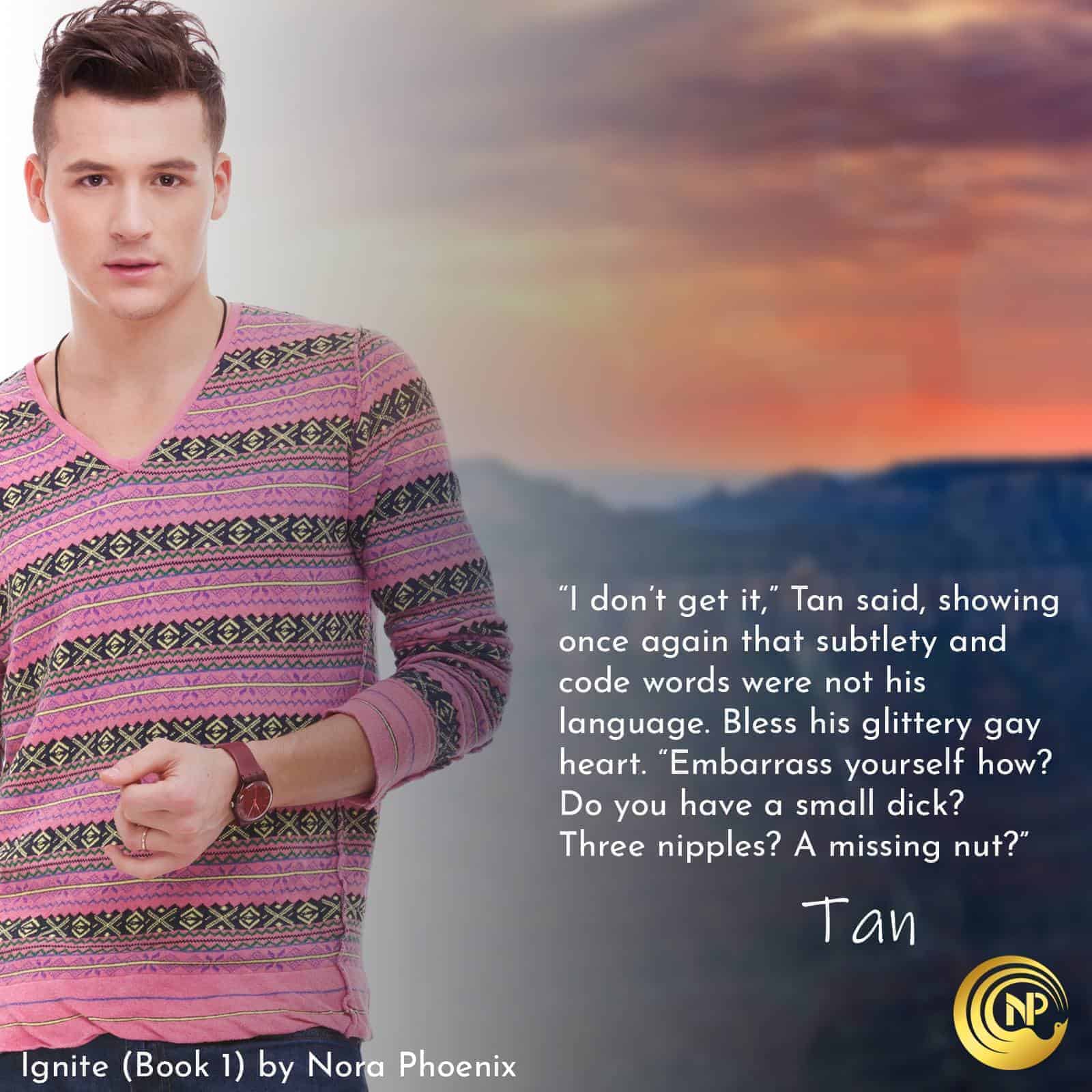 Last but not least, we have Austin, who’s a former quarterback and a natural born leader. His protective instincts are strong, but he needs to rely on the others to make it: 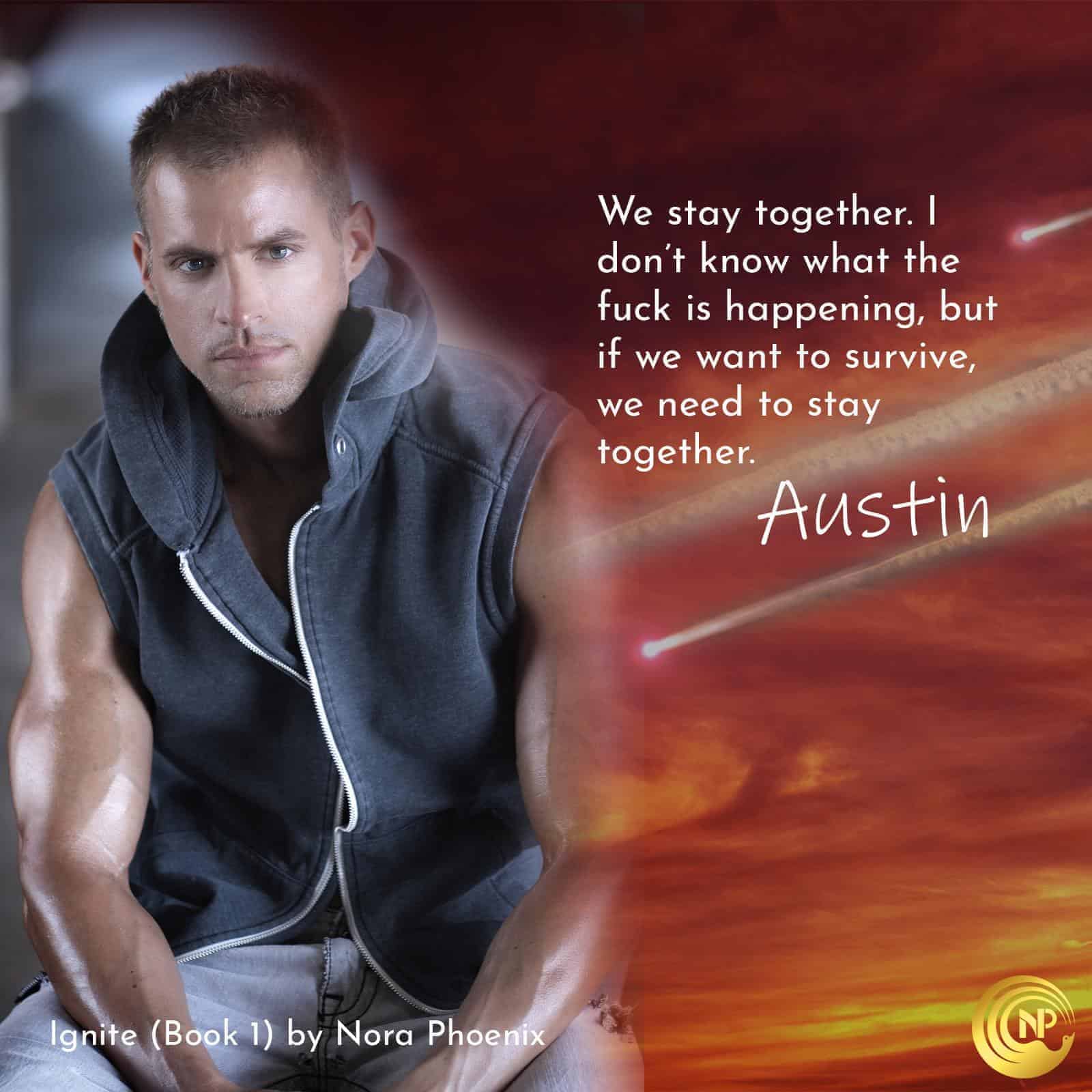 I hope you’ll love Ignite as much as I did. It’s different from what Ive written so far, but it’s one hell of a ride. This is the first book in a series (I’m expecting it to be a trilogy right now) and it will end on a soft cliffhanger, both for the romance and the story.