You are here: Home / All Posts / Snow Way Out is LIVE

Snow Way Out is live! I’m legit proud of this sweet and sexy MM romance about a bossy twink who gets snowed in with a man twice his size and twice his age. But what is the man hiding, and can they act on the sparks that fly between them?

Quentin and Mac are two of the sweetest, strongest characters I’ve ever created. Mac especially has stolen my heart. This man is…everything.

I hope you guys will love these two as much as I do. You can grab Snow Way Out here (on Amazon and in KU).

About Snow Way Out

Most of all, he’s searching for a man who will let him be in charge, despite the fact that he looks like an elf.

But all that will have to wait because right now, he’s searching for shelter after getting stranded in the middle of nowhere, New York with a massive snow storm about to hit. He finds an unexpected host in Mac, a man the whole town seems to hate. Mac has secrets…but so does Quentin.

Snow Way Out is a steamy contemporary gay romance with an age gap, a dash of kink, a ton of snow, a gentle giant of a man, and a bossy twink. It’s a standalone book in the Snowed In – Valentine’s Inc. series, which are only connected by the same writing prompt. Get Snow Way Out here! 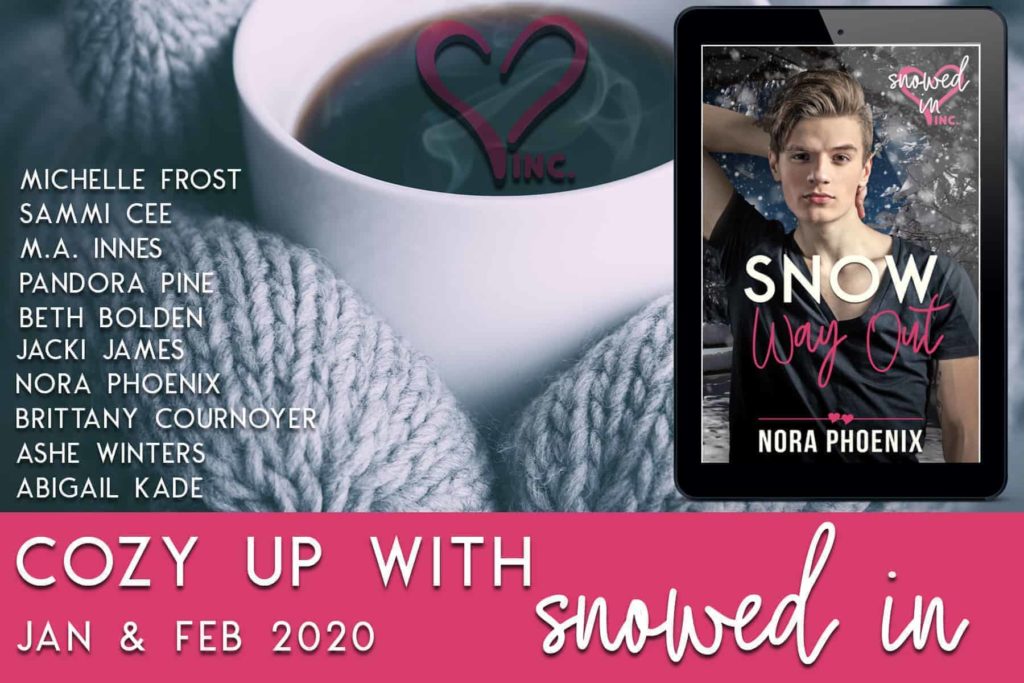 About Snowed In – Valentine’s Inc

Snow Way Out is part of the third round of the Valentine’s Inc. series, and this round is called Snowed In – Valentine’s Inc. All books are stand alones and only share the premise of being snowed in. We have daddies and boy, coworkers, single dads, enemies to lovers, and much more. Check out the whole series here for hours of reading pleasure!