You are here: Home / All Posts / Shipping the Captain is LIVE

Head on over to Amazon to grab your copy of Shipping the Captain, a summer-filled, sexy gay romance with an age gap, falling for the boss, and super hot instalove. 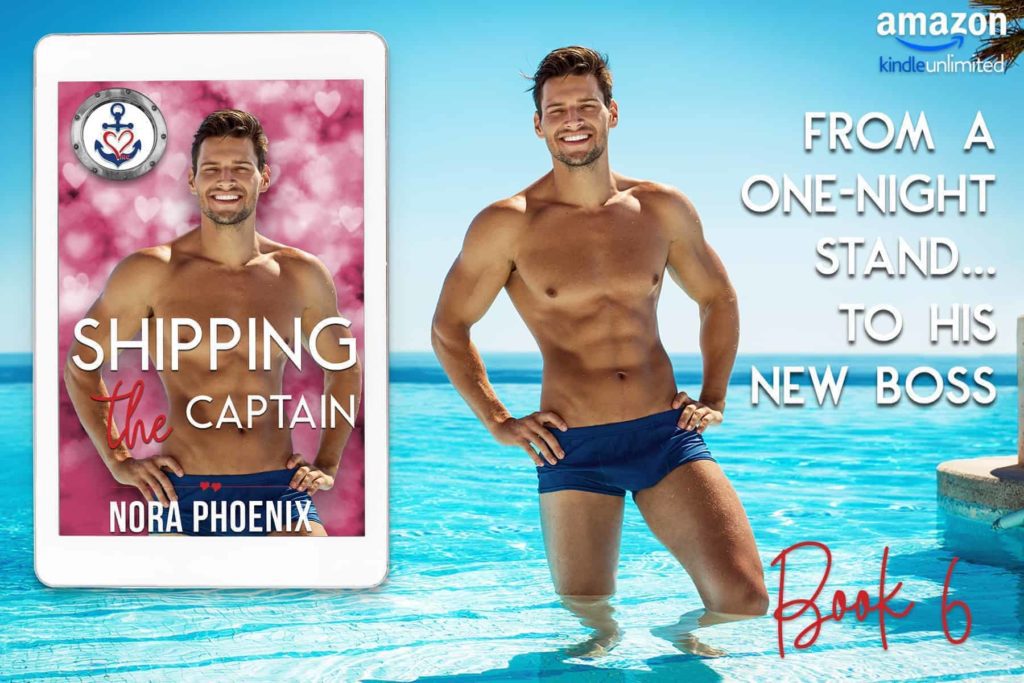 Blurb for Shipping the Captain

Until he discovers that his one-night stand is none other than the legendary Captain Silver Fox aka his boss. Oops.

Still, it shouldn’t be an issue because Brantley doesn’t do coworkers and Fox is known for being strict as hell about not dating employees. That should make things easy, if not for that pesky attraction that keeps flaring up whenever they’re in the same room. What the hell do they have to do to get rid of that?

Surely, Brantley can’t be shipping the captain, can he?

Shipping the Captain has an age gap, yummy steamy scenes, a Caribbean setting on a cruise ship, and a one-night stand that turns into an embarrassing case of falling for the boss.