You are here: Home / Latest news / One More Day Till Rebel Releases… 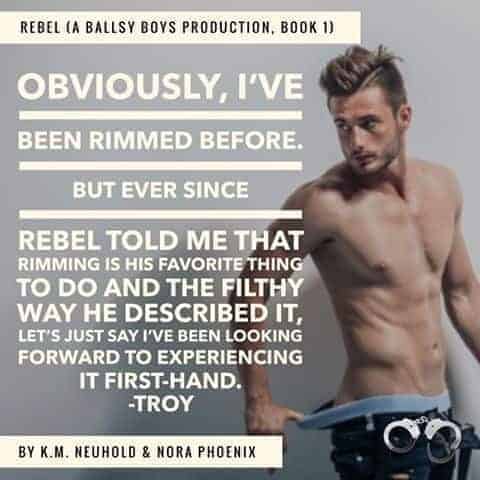 Rebel is a collaboration with well-known MM author K.M. Neuhold, and we’re both super excited about it. K.M. (Kyleen) and I ‘met’ online when I reviewed one of her books, way before I had published my first book. We started chatting and when I mentioned I was writing gay romance as well, she offered to betaread for me. She read No Filter and “absolutely fucking loved it” (her words). 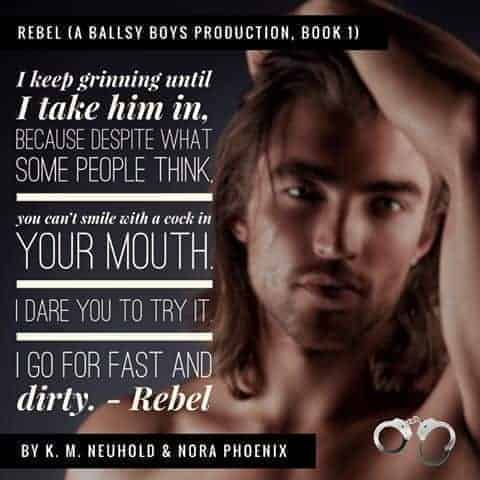 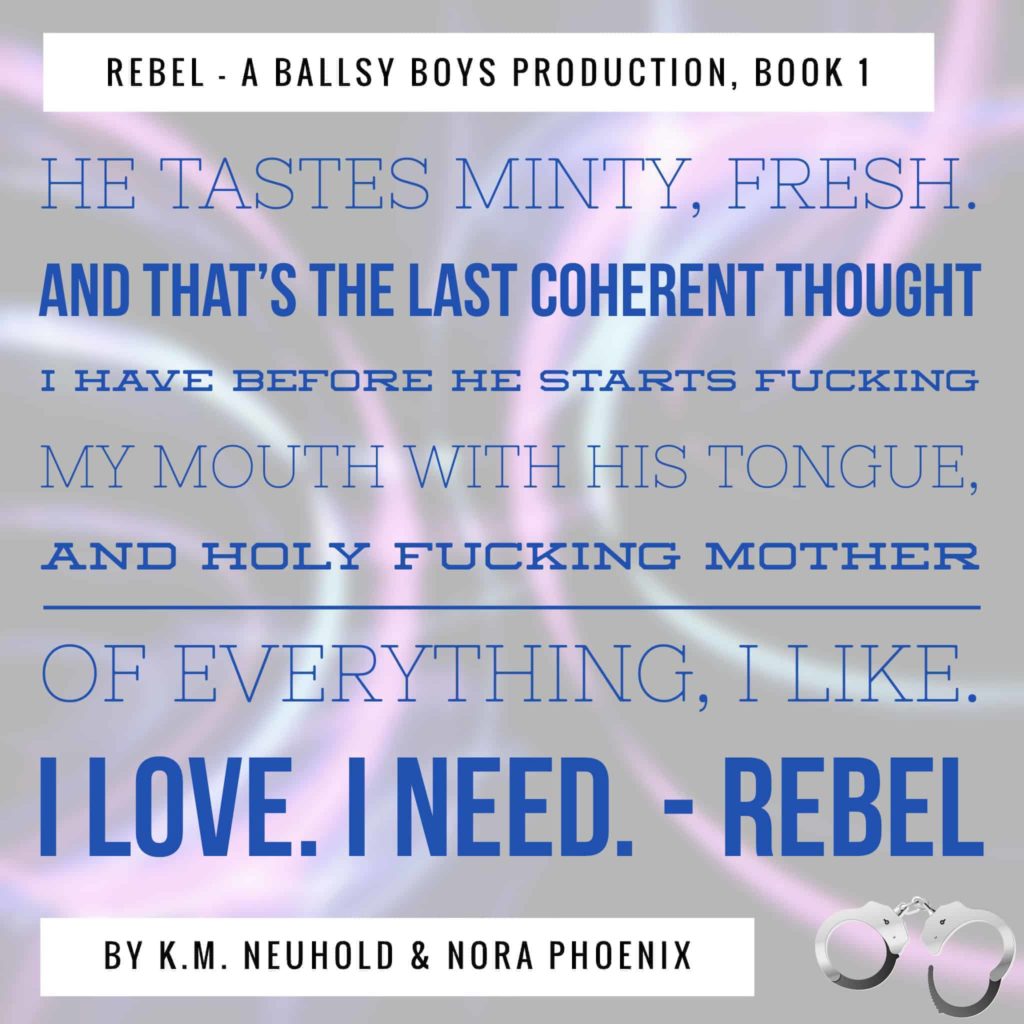 So yeah, Rebel is a sexy read, but it’s not just hot sex (though there’s plenty of that). It’s also a sweet gay romance between two guys who each have their own baggage, and who have lost faith in love. Plus, you’ll meet all the wonderful Ballsy Boys, who will all get their own story.

Our ARC readers are loving the hell out of this book. Check out some early reviews here on Goodreads.  Then head on over to Amazon to order before the price goes up!