For this week’s edition of Nora Reviews, I’ll be highlighting some kinky gay romances I recently read that I absolutely loved. Kinky is a broad term, of course, and for me it can mean anything from mild BSDM to puppy play, taboo, or heavier stuff. 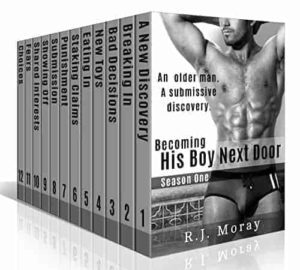 His Boy Next Door – R.J. Moray

His Boy Next Door is a looooong series, or at least, it looks that way, but they’re all short reads that form one big romance. I’m not a fan of that format, which is really only affordable if you’re in KU (and do yourself a favor and choose to read Season One and Season two to get the first 24 episodes, otherwise you’ll be downloading a new book every half hour…)

I adored this May-December romance between an older Dom and his just-out-of-high school sub. Jack and Channon are perfect for each other, and what starts as kink only, evolves into a sweet, sweet romance…in between all the kink. I couldn’t read this fast enough! 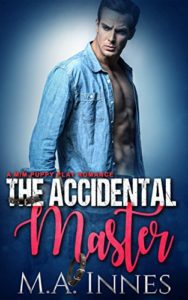 It’s no secret I love all of M.A. Innes’ books (she also writes as Shaw Montgomery) and The Accidental Master was no exception. It’s a slow-build, super sweet menage puppy play romance. The sequel will be out soon, and that’s good, ’cause I want more of these guys…also because we were only getting to the real puppy play. 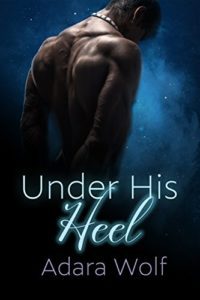 Under His Heel – Adara Wolfe

OK, Under His Heel is listed as a gay romance, but we can debate whether or not it’s an actual romance. It IS hot AF and super kinky, but you have to love dub con, pain, and some seriously fucked up shit. It’s the story of a sex slave trapped on a space ship in the service of a hot, Dommy captain. If you want clear-cut happy endings, you’ll be disappointed since it’s more of an open ending (but together), but I really loved it.