You are here: Home / Latest news / No Fear Is Released

No Fear, book three in the No Shame Series, has been released! Three down, one to go 😁

No Fear tells the story of Aaron and Blake. Aaron has recently accepted he’s gay, and it confuses him to no end as he tries to find his place in life. Luckily, there’s Blake, the stern jiujitsu teacher who takes him under his wing. It’s Blake who discovers that Aaron’s perceived arrogance is something else entirely, and who helps him accept and embrace who he is deep inside.

We also catch up with our previous four men. Indy’s past is catching up with him, and when it does, he has to make the toughest decision of his life, breaking Noah’s heart. But it’s Connor and Josh who show that they’re willing to do anything to bring Indy back right where he belongs: home, with them.

No Fear is not a stand alone, so make sure to read book one (No Filter) and book two (No Limits) first, otherwise you won’t really enjoy it. The reviews  for this gay romance series so far have been amazingly positive, and I couldn’t be more happy. You can find No Fear on Amazon, including on Kindle Unlimited. 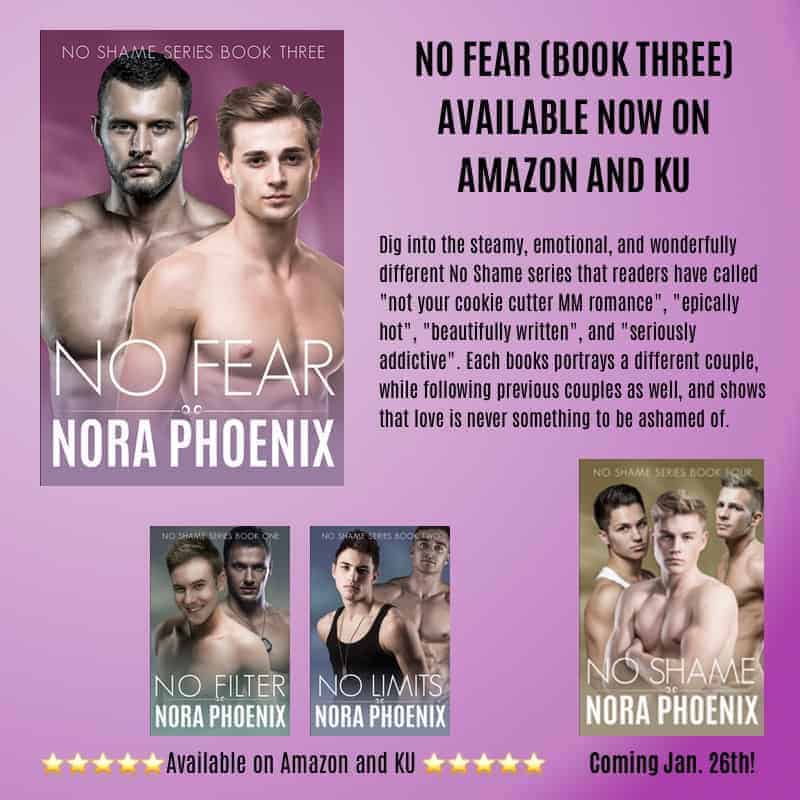