You are here: Home / All Posts / New Title and Cover for The Time of My Life

As you may have noticed, I’ve been on a spree lately to recover some of my backlist titles. For three of them, that was necessary because they came out of the Valentine’s Inc. series. But for The Time of My Life, it has a different reason.

Fun fact: The Time of My Life was the first MM romance I ever wrote. Even though I released the No Shame series first, I wrote The Time of my Life before that. The story came to me after watching The Voice and thinking how fun it would be to set an MM romance against the back drop of a singing competition like that. And so I wrote it.

In hindsight, this book incorporates a lot of the themes that would later become my trademark: slightly broken characters with a past, hot sex, a dash of kink, and all the feels. The original cover was made by Jay Aheer, and I still love it. It wasn’t really to market for MM romance, though, and that hurt my sales. I recovered the book early this year and while I liked the second cover, it didn’t really resonate with readers. I’d been debating recovering it but wasn’t sure…and then I saw this premade and it was absolutely perfect. It fits the story, it fits what’s current on trend in MM romance, and it fits me. It’s PINK, haha. It was made by Sleepy Fox Studio, and I’d never worked with them before, but this was just gorgeous and perfect. 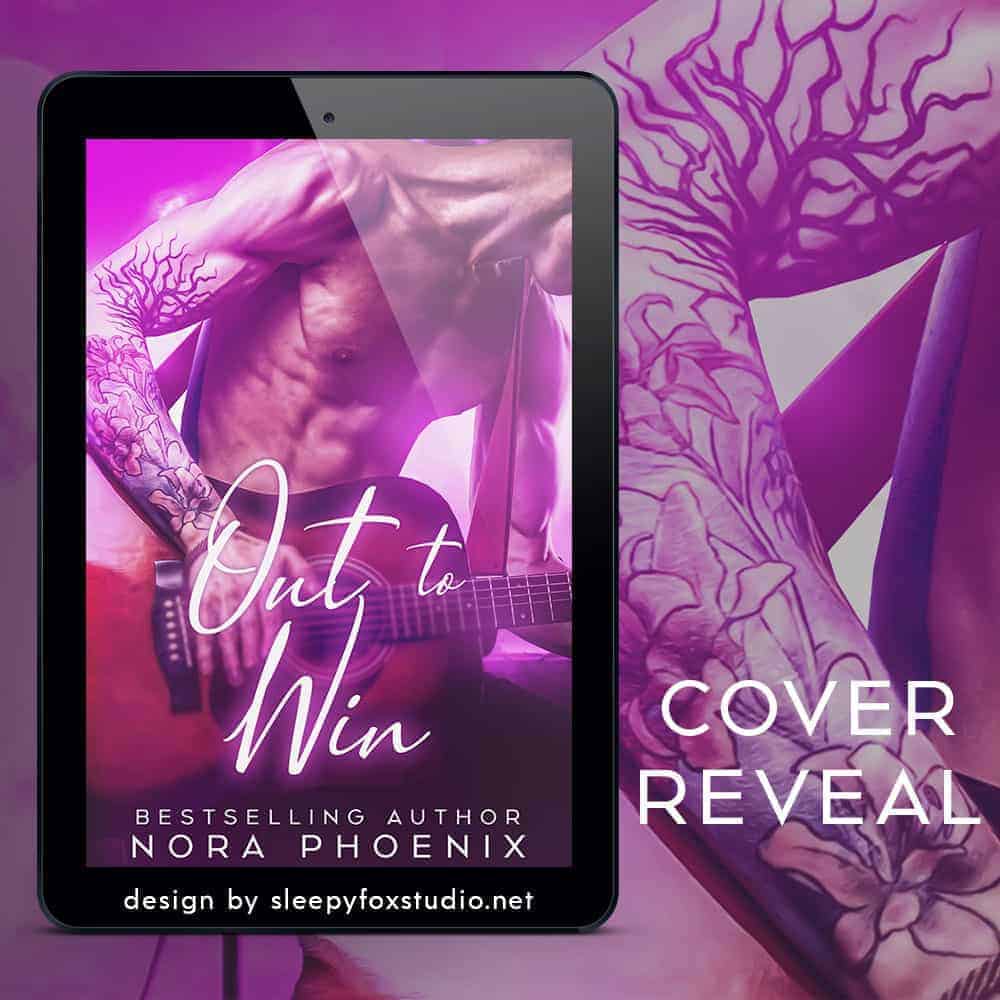 Because I did a recover, I also chose a different title that better captures the core of the story. The Time of My Life as a title makes sense once you’ve read the book, but not before that. That’s why I chose “Out to Win” which hints both at the coming out theme and the contest.

Another issue with this book was the editing. The book wasn’t edited well in the first round, and it still had a lot of annoying errors. So I had it re-edited and polished to make it shine the way it was supposed to.

And I also added a new epilogue. I felt that the story needed to have a few loose ends tied, so I wrote a new epilogue that will make readers happy, I think.

I hope you guys will love the new title and cover…and even more, I hope this will cause the book to find many new readers. You can grab it here but make sure to wait until you see the new cover so you get the new edition. If you’ve already bought it, you can update it through your Amazon account – content and devices. Now search for the book and it will say “update available”.

About Out to Win

If you haven’t read this amazing story yet, here’s what it’s about:

Some people are worth coming out for, no matter the costs…

Judah has hit rock bottom. He’s broke, he’s homeless, and he’s about to outwear his welcome with his friends.   His last chance is entering The Right Note TV contest in the hopes of winning. What he doesn’t count on is losing…his heart.

Fellow contestant Denver is sunshine personified, even if his bubbly outside hides the horror he’s survived, and he draws Judah in like a damn magnet. But Judah can’t be out, especially not on national TV. It could cost him everything.

But when trouble follows Denver, Judah has to choose: Denver…or winning. Coming out…or losing the man he loves.

Out to Win is a steamy stand-alone MM romance with a tough-acting virgin, a bubbly twink with a big heart, a dash of kink, some hot bodyguards in the background, and a sweet HEA. Please note trigger warnings for domestic abuse and sexual assault.