You are here: Home / All Posts / New Covers for the Irresistible Omegas Series

I think I announced it a while back, but it took longer than planned to actually get them done: new covers for the Irresistible Omegas series. It won’t be a shocking change, more in style with the look of the last few covers in that series. We kept the same models but chose a more close up picture of them and a different background. What do you think?

I really love these, and I think it’s a great, fresh new look for the first books in the series. They were made by Vicki Brostenianc, who also made the previous version. 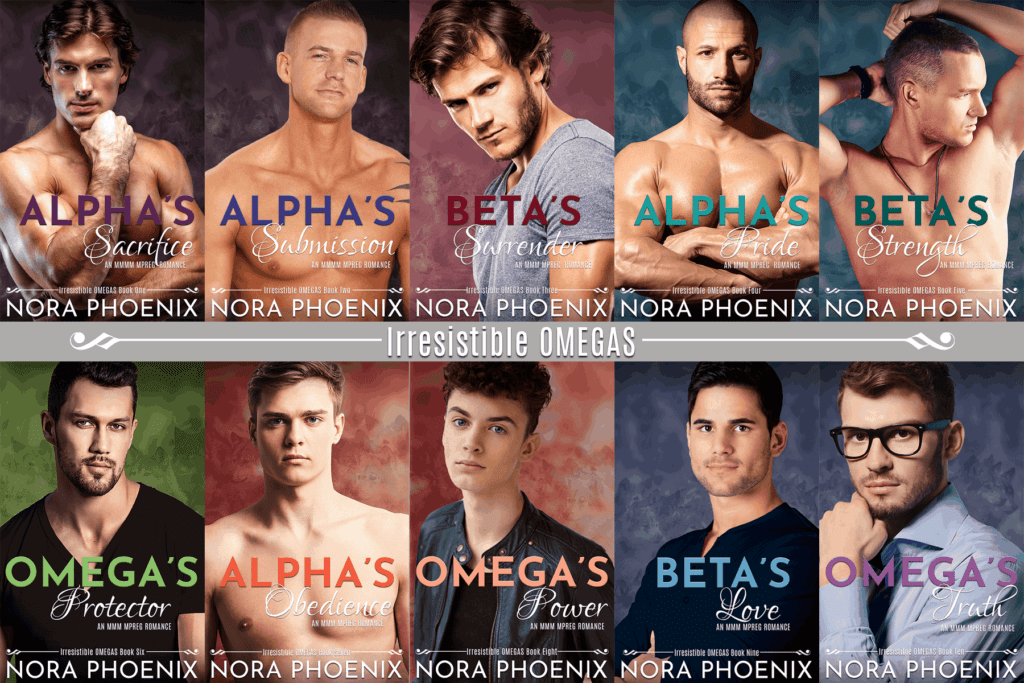 It will take me a while to change all the old covers on Amazon, but hopefully by next week, those will all be replaced by the new ones. I will have an order form going out for signed paperback later this week where you can order the new ones, but I also have limited supplies of the old covers in case you’re super attached to them…

I know not everyone is into mpreg (books where men can get pregnant) or maybe don’t think that they’re into this subgenre, but I really encourage you to give these a try. Everything you’ve come to love about my contemporary books (strong characters, found family, high heat, a dash of kink, hurting characters, all the feels) is present in this series as well…maybe even more!

I’ve heard from many readers that they never thought they’d like it…until they read the first book and were hooked! And if you need a little background info on mpreg before you dive in, read this super short introduction to mpreg…and then grab Alpha’s Sacrifice, book one, here!