It’s that time of year to look both back and forward, so let’s indulge for a moment. I’ll start with looking back, and then I’ll share a little about my plans for 2019.

In 2017, my primary goal was to release my first MM romance. I ended up releasing three, and they were far more successful than I had ever expected. Seriously, the success of the No Shame series blew me away.

In 2018, the goal was to release much more. But never in my wildest dreams, could I have hoped to release as many as I have. As you can see below, I released eleven books, of which three were co-written (the Ballsy Boys series), plus one novella (Layover). 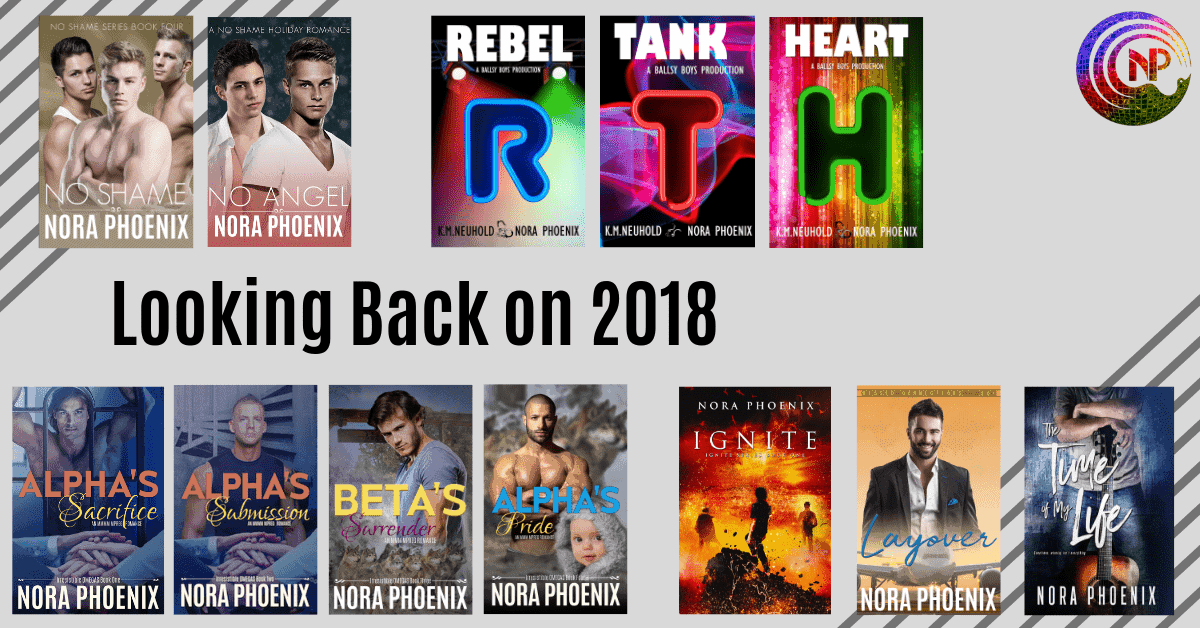 I’m so, so grateful for 2018. It’s been a fantastic year for me professionally, and I loved “meeting” many of my readers online or in person at EPC and GRL, two conferences I attended.

In my personal life, I experienced some deep valleys, but there were plenty of high peaks as well. The support of friends and readers meant the world to me, and helped me find the strength to persevere.

So, what do I have planned for 2019? Let’s start with two confirmed release dates: Campy on January 6th (that’s only FOUR more days!) and a stand alone Valentine’s Day romance called Kissing the Teacher on January 21st. I’ll share more about the latter soon, and we have a special cover reveal planned next week… 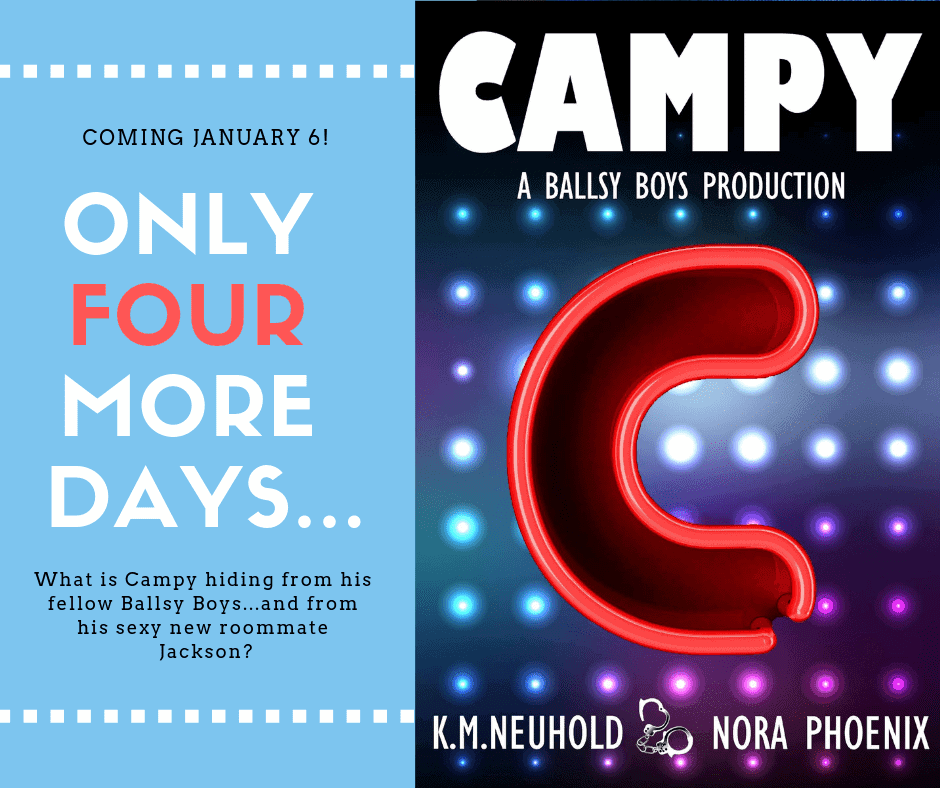 After that, I have a Valentine’s Day freebie coming out as part of a group promo thing on Prolific Works (you know, the horrible new name for Instafreebie…).

But of course, the big question is when the next Irresistible Omegas book is coming? And the next Ignite? And the next No Shame book, since I teased a spin off series… Here’s what I have tentatively planned for the next few months, with emphasis on the tentatively…

End of Feb: next Ignite book

After that, it’ll be a little quiet, since I’ll be traveling for almost a month. I’m heading to Birmingham in the UK in February for ShiMMer (an MM romance conference) and then traveling to Brisbane, Australia for Bookmarked and Sexy. After that, I have vacation planned in Australia, since it’s been on my bucket list for oh, twenty years or so?

I may write a little during that trip, but I don’t know yet. After this, it’ll be a toss up whether I’ll do the next Irresistible Omegas book (which may or may not be the last one, I haven’t decided yet), do the next Ignite book (the series has three books planned, so that would be the last), finish and release a stand alone that I have had half-written for almost a year, or work on the first book in the No Shame spin off series. If you’ve read No Angel: Wander, the security guy, will get his own book.

Now, if you’ve been paying attention, you’ll notice one book missing, haha. What about Pixie? Well, we plan to write it as soon as we can, but we don’t have it scheduled just yet. We do have ideas for more collab books, so stay tuned for that. You haven’t seen the last of our combined dirty minds yet, haha.

Stay Up to Date

In short: the plan for 2019 is to write books, a whole lot of them. I have so, so many ideas that I wish I could write even faster, haha. But I’ve learned to take things one book at a time…

Plans may change, however, as it’s hard to plan this far in advance. If you want to stay in the know, subscribe to my newsletter and check on my Works in Progress page, which will always show you the latest news about release dates.

So, which of these books are you most excited about?