We’ve already met Denver from my last MM gay romance The Time of My Life, so now it’s time to meet Judah.

Judah is a rocker, a Bruce Springsteen-type of singer who wows the crowds with his voice and his entertaining style. However, he struggles to make a music with living and is about to his rock bottom. Auditioning for The Right Note is his last chance at making music his career. 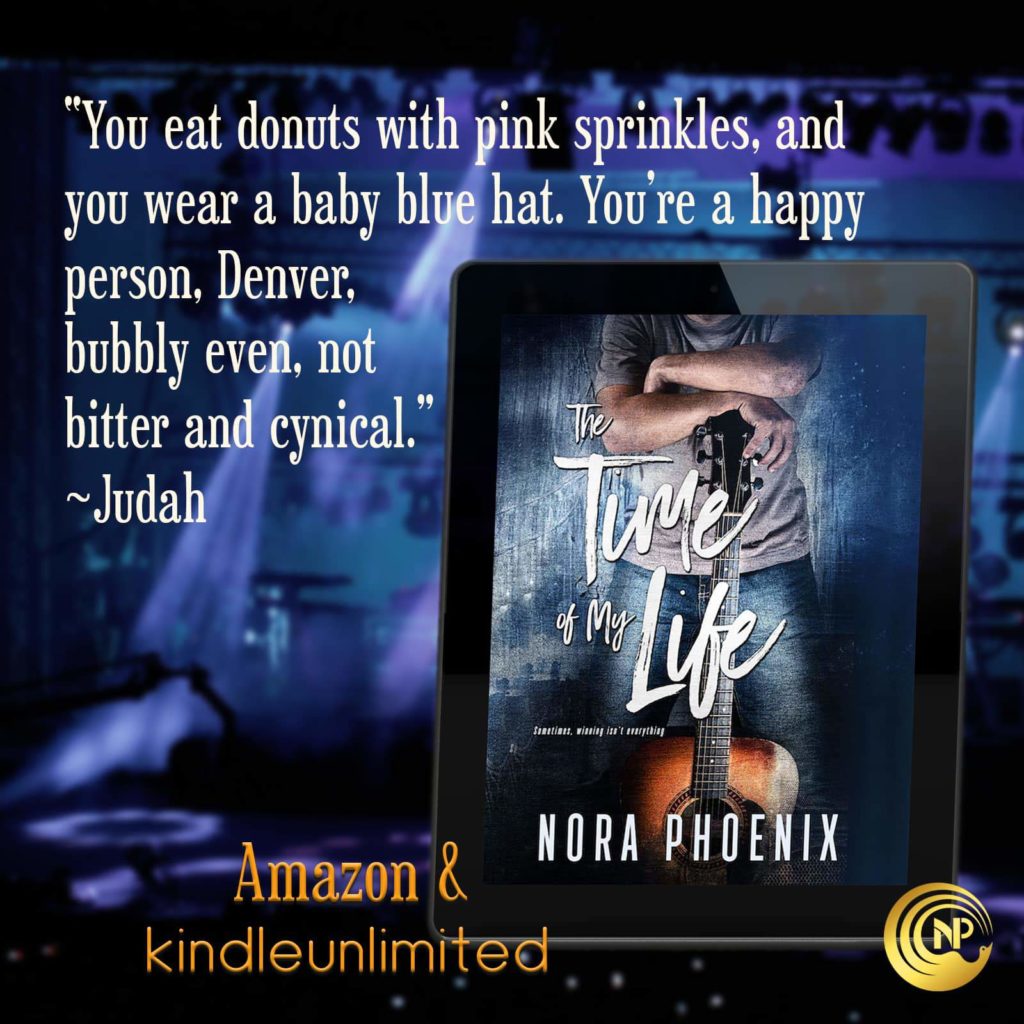 Judah is an honest-to-go good guy, but he’s also a conflicted one. Judah’s parents are deeply religious, and ever since he discovered he ws attracted to men, he’s tried to honor them and his religion by denying it. When he meets Denver, that denial no longer flies, but that doesn’t mean it’s easy.

As many LGBTQA people will tell you: it’s hard to accept that those you love won’t ever understand nor support you. Judah struggles, because he doesn’t want to lose the relationship with his parents, but the cost seems awfully high when he falls in love with Denver.

But when Denver’s past comes back with a vengeance, Judah has a choice to make: will he stand by his man, or will he choose to stay in the closet?