Welcome to this week’s hot new releases, 99c deals, and freebies in gay romance!  All deals are valid today in the US, but they may not be valid tomorrow or in all Amazon stores. Always check the price before buying!

Let’s start with this week’s new releases! We’ve got some good ones. 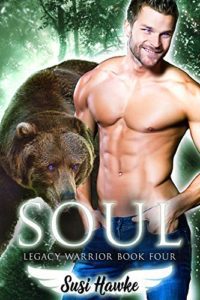 Soul is a classic Susi Hawke book with all the feels and a little humor thrown in. A clumsy alpha finds his mate in his best friend, a kind omega who’s been taking care of him anyway. This series are all entertaining, quick reads with sweet happy endings. 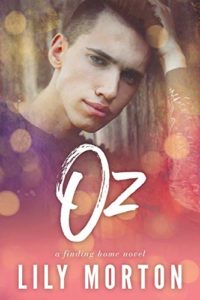 I’m a big fan of Lily Morton, who writes British rom coms with perfect snark, so Oz was a one-click for me anyway. It’s the story of a carefree man who flees London to work on an estate where he meets a man who embodies duty and tradition. *rubs hands* This is gonna be SO good. 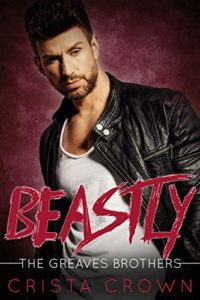 When he sees an omega being smacked around in front of his son, an alpha steps in and saves him…by doing something violent. He’s convinced he did the right thing, but equally convinced he shouldn’t be trusted with a family of his own. But love will find a way, as it always does. Beastly is the first in a new series. 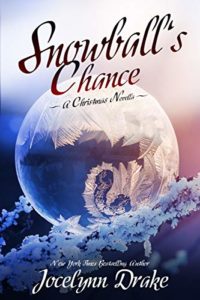 Snowball’s Chance is an enemies-to-lovers romance between two guys forced to work together on a marketing campaign. Sparks fly, romance brews, Christmas is around the corner, all the ingredients for a wonderful book are there. 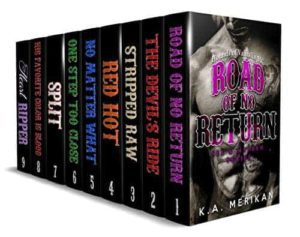 Sex & Mayhem is a set of seven MM romances and two MF romances, all written by K.A. Merikan, who writes gritty, raw romances. It’s a preorder, since the actual box won’t go live till Monday, but it’s a great deal for $9.99, which comes to less than 99c per book. 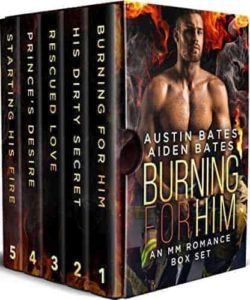 Burning For Him – Aiden Bates and Austin Bates

Burning For Him is another great deal: for $2.99, you get five contemporary mpreg books from two well-known mpreg authors.

Yay, it’s another great haul this week for 99c deals. Please, check the price before buying as deals may end soon. 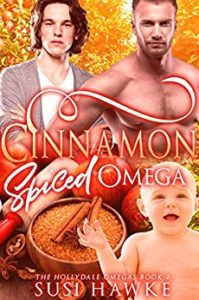 Cinnamon Spiced Omega is the second book in the super sweet mpreg series from the Queen of Mpreg, Susi Hawke. Cuddle up on the couch with a soft blanket and read! 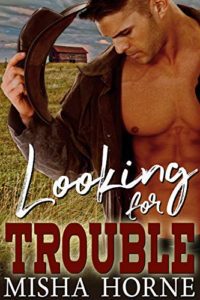 Looking for Trouble was a wonderful read, the mother of all slow burns from the Queen of Spanking. It’s a historical with a little spanking discipline, but the build-up is epic. 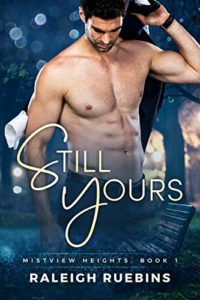 Still Yours is a new release at 99c, and it’s a second chance romance. They met in high school, but it fell apart, and now they meet again in the hotel that one of them owns. But he’s supposed to marry a woman, so do they even have a chance? 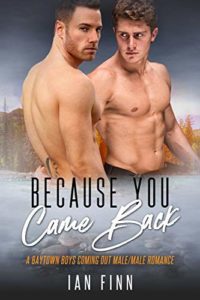 Because You Came Back – Ian Finn

We’ve had some freebies and 99c deals from this author recently, but I haven’t read those yet. Here’s a new release at 99c: Because You Came Back. A closeted mechanic meets the man again he fell for in high school, who is now successful and rich. Second chance, opposites attract, with a little rads to riches thrown in. 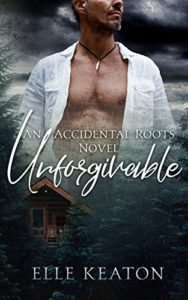 Unforgivable is part of the Accidental Roots series, and I really enjoy that one. It’s a well-written series that combine real characters with a sweet romance and a little suspense. This one is a little May/December with a broken man and a guy determined to love him. 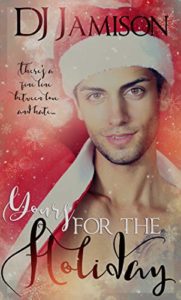 Yours For The Holiday – DJ Jamison

DJ Jamison should be a familiar name if you follow this weekly post, because she’s had a ton of books for free or on sale the last weeks. Yours For The Holiday is one of three books she has on sale right now, a holiday enemies-to-lovers romance combines with brother’s best friend. 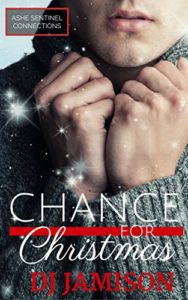 Chance for Christmas is the story of a second chance romance. A prosecutor let a man he fell for walk away because the timing was all wrong, but when he meets him again, the feelings are still there. But that man he fell for was humiliated to the core by a sex video that went viral, so is he healed enough from that trauma? This sounds really good! The same authos also has Winter Blom on sale for 99c. 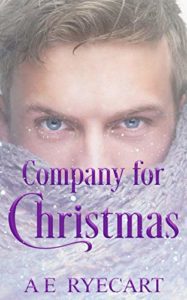 Company for Christmas is a short novella or novelette, which I usually don’t list, but it’s a Cinderella-story, and I have a total weakness for those. A rent-boy dreams of a Prince Charming…and finds him. It’s also in KU by the way, so check it out. 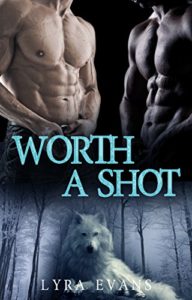 Worth a Shot – Lyra Evans

The Worth series is a series of paranormal MM romance-mysteries with witches, werewolves, and more. All three books are on sale right now for 99c each: Worth a Shot, Worth the Trouble, and Worth the Wait. 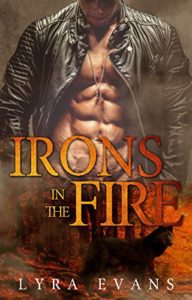 Irons in the Fire – Lyra Evans

The Three Courts series is by the same author and set in the same world. All three in this series are 99c each as well, so that’s a great way to check out a new author if you like paranormal, fantasy, and a bit of suspense. It’s Irons in the Fire , Ice Over Brook , and Heart of Stone. 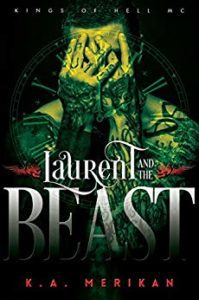 Laurent and the Beast – KA Merikan

Laurent and the Beast is a pretty unique book that I really, really liked. It combines time travel with a retelling of the Beauty and the Beast tale, when an indentured servant from 1805 ends up with the president of a motor club in 2017. It’s gritty, dark, but really good and surprising. Plus, long, haha (135k). I love big books and I cannot lie! 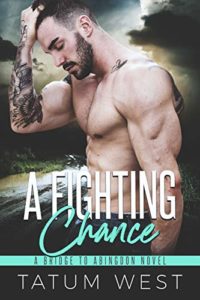 A new release at 99c, A Fighting Chance is the story of a tough guy, a firefighter, who resists his attraction to a gymnast who seems to keep coming back. Tragedy brings them together but it’s a rocky road to love. The first book in this series is free right now (see below).

I heard about these too late so I’m quickly adding them. Jaclyn Quinn has all three books in her wonderful Haven’s Cove series on sale for 99c each.

Revella Hawthorne has the first book in her Bred for Love series for free, the second for 99c and the third one for $1.99. I love this series!

And SJ Himes has The Necromancer’s Dilemma, The Solstice Prince, and the Wolves of Black Pine for 99c each. All highly recommended!

Finally we have a great list of freebies again as well. Download these fast as they won’t last long, and please double check the price before clicking! 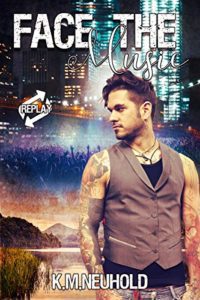 If you don’t grab Face the Music while it’s free, you’re nuts, haha. This is the first book in the Replay series about a rock band that’s falling apart at the seams. The series focuses on one member at a time. Personally, this is one of my faves books of K.N. Neuhold ever. Lincoln’s story of battling his demons and finding love is raw, emotional, but SO good. Second chance romance. The second book in the series, Play it By Ear, is on sale for $1.99. 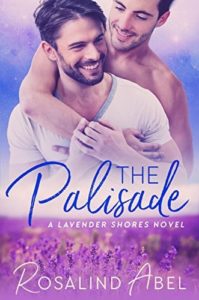 The Lavender Shores series are wonderful, well-written romances with all the feels, and right now, the first FOUR are free. You’d better download these fast! It’s The Palisade , The Garden ,  The Veranda , and The Shipwreck. One-click, baby! 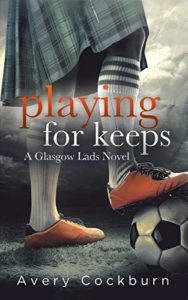 I love books with a non-US setting and here’s one for you: a football-romance set in Glasgow, Scotland. For all you Americans, that would be European football aka soccer. I’m sold on Playing for Keeps already, haha. 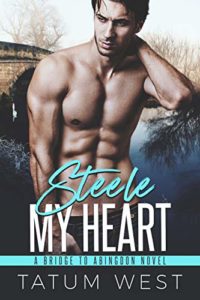 I was surprised to see this one for free, since it’s a recent release that came out only weeks ago.  Steele my Heart has a lot going on, judging by the blurb. A former cop, a man with a secret, some suspense thrown in, a bit of instalove, enough to have me intrigued. The second book in this series just came out and is 99c right now (see above). 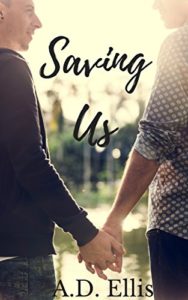 I really liked Saving Us, the story of a young man who has to deal with abuse from his family after coming out and then meets a cop who wants to be his hero. A May-December story with plenty of angst and a sweet happy end. Devoted by the same author is also free right now, another great read! 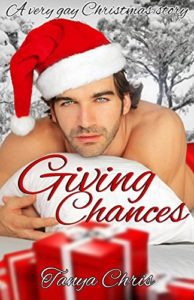 I don’t usually post novellas, but I love Christmas romances and I like this author’s books, so here we go. Giving Chances is about two men who meet while “fighting” over the same toy. Will they fall in love? Duh. 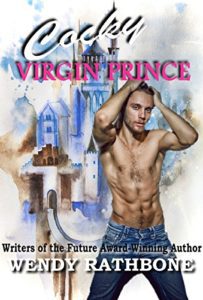 Another novella, but this one deserved a spot purely based on the title. Cocky Virgin Prince? Sign me up, haha. Honestly, it’s sounds like well-written smut to me that’s not taking itself too seriously, and I’m all for that. 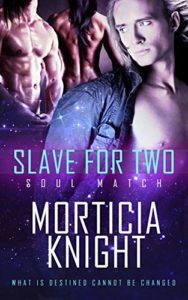 Did someone say smut? Haha. Look, to me smut is not a criticism, but rather a selling point, not kidding. Slave for Two is about two aliens who take a human as a sex slave. Tell me that doesn’t sound like a wonderful premise..of well-written smut, because this author can write. 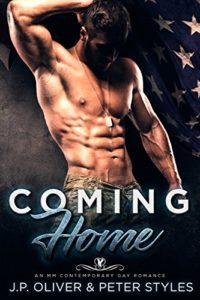 A romance featuring a wounded Navy SEAL with a best friend’s brother trope and a second chance romance, Coming Home sounds good to me.