Today is Wednesday, and of course, that means it’s time for Writer Wednesday. Usually, I would’ve posted earlier, but first of all, I’ve been crazy busy this week. But more importantly, my wrist has been really bothering me lately. I suspect I have a beginning case of carpal tunnel syndrome, and so for the last few days, I’ve been busy trying to figure out an alternative to typing. It’s also the reason why I haven’t posted yesterday and the day before.

Over the weekend, my wrist seemed to be doing better, but even an hour of typing on Monday aggravated the problem again. That’s why I did some research on Monday and decided to invest in dictation software.

I had tried dictation before, but it hadn’t really worked for me. I use a MacBook Pro, and Mac has built in dictation software that’s gotten a lot of positive reviews, so a few months back, I decided to try that. It turns out, that software doesn’t really like my slight accent when I speak English. It kept making so many mistakes that I spent more time correcting and editing than writing. So, that was a big bust.

I had heard about dictating software that was supposed to be really good: Dragon Naturally Speaking. The problem was that it was the Windows version of this dictating software that was superb, but according to all reviews the Mac version sucked, so that would not be a solution to my problem. I couldn’t imagine it working much better than the Mac dictation software I had tried out that turned out to suck…at least, for me.

Another problem I ran into is that dictating differs fundamentally from typing when you write. I had a problem speaking out the sentences that seem to form so easily when I typed. Now that I had to speak them out loud, the sentences weren’t coming as easily. As a matter of fact, they weren’t coming at all.

After that experiment, I had pretty much decided dictating was not from me, even though I knew many successful authors use it. No wonder, because when it works well, dictating is obviously a lot faster than typing.

But when my wrist started acting up, I knew I had to come up with a solution. And so I decided to give dictating another chance. But this time, I would have to make a few more investments to try the Windows version. I decided to invest in a cheap Windows laptop, as well as the Windows version of Microsoft office, and of course the Dragon dictation software. It took me a little while to set everything up, as I haven’t used Windows since…probably 1998. Yeah, it’s been a while. I’m a diehard Mac fan, so you can imagine how much it took for me to go back to windows, even it was just for dictation purposes. 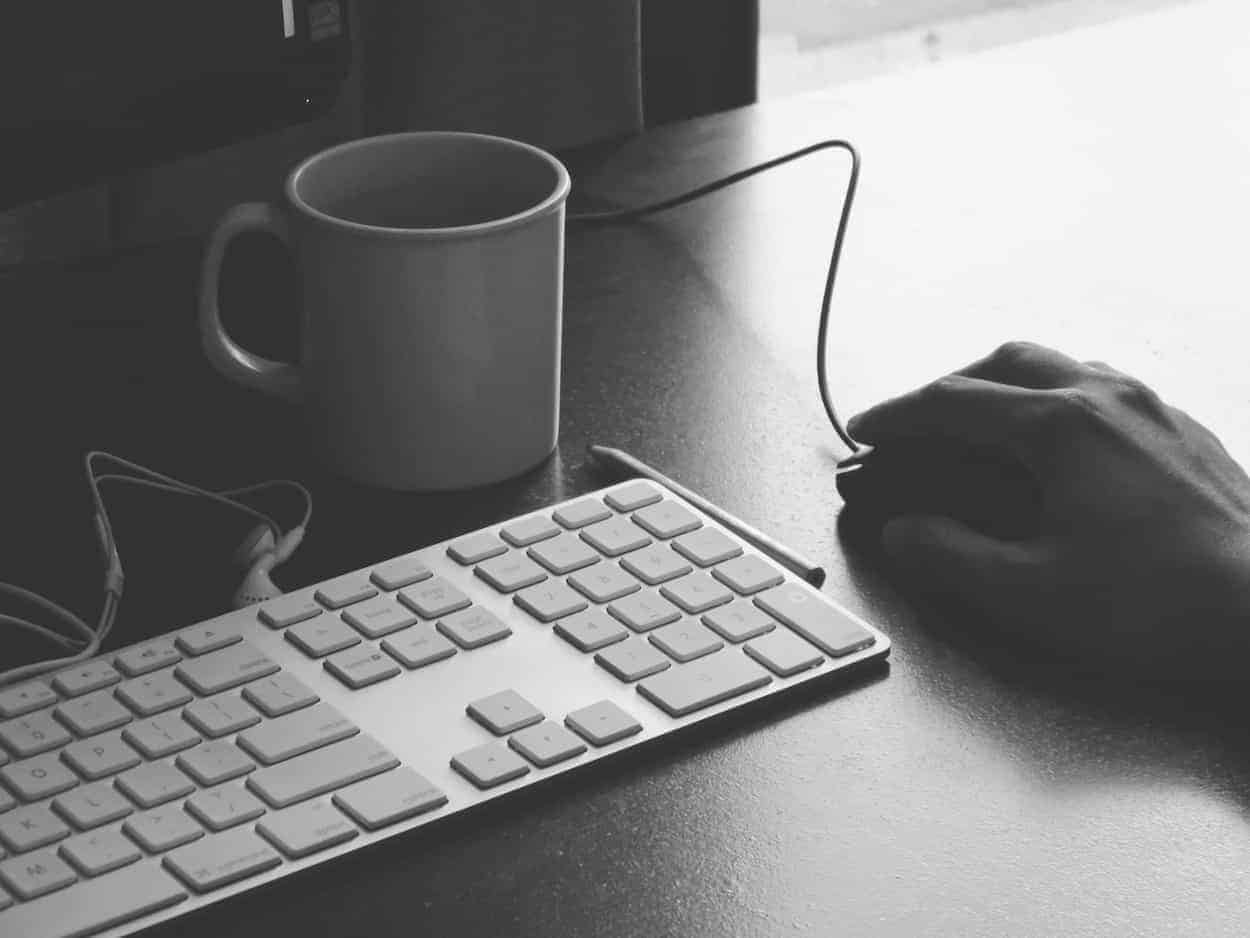 Once I had everything set up, I did the Dragon tutorial to familiarize myself with the program. It seemed easy and intuitive enough, but even in the tutorial it didn’t recognize my pronunciation of a few of the commands, so I got worried right away. Luckily, that fear turned out to be unfounded. A short trial run Monday evening already resulted in 1600 words written in a forty-five-minute period.

What surprised me most was the accuracy of the transcription. Sure, there were still plenty of mistakes, but most of them were caused by me slightly mispronouncing words. Others seemed to be caused by the program being rather prude, LOL. Cock turned into caulk, fuck into fog, etc. Again, this could also have been caused by my accent.

Tuesday, I worked with the software even longer. I did a total of four sprints, each forty-five minutes long, and managed to write almost 7000 words. Again, these were not perfect words, and they would certainly need editing. For one, you have to think about voicing each capital letter, each period and comma. That takes some getting used to. Of course, homonyms are also an issue. You’re and your get mixed up, and the same is true for its and it’s, and of course there are many more similar examples. That means a careful editing afterward is absolutely necessary. But, the fact remains that seven thousand words in four sprints is a record for me. I have never managed to write that much in such a short time when typing. And FYI: I’m a wicked fast typist.

In short, I was impressed with the accuracy of the program. But it excelled in two other ways that I hadn’t expected. The first were the voice-controlled editing options. You can pretty much edit your entire document without ever touching the keyboard. All you do is use voice controls Dragon teaches you to navigate to the right spot in the document, and then you make the necessary changes. Sure, using a keyboard and mouse may be faster here, but it’s also way more intensive on your wrists. For me, voice-controlled editing and navigating was a godsend.

The second way in which the Dragon software surprised me positively was that it was fast and fluid enough to keep up with me. Even though I am working on a relatively cheap laptop that, quite frankly, is slow as shit, Dragon manages to keep up with me as I dictate. Whereas the Mac software I had tried before interrupted my flow, because it was so slow in showing the words I had just spoken, thus yanking me out of my train of thoughts, this was never an issue with the Dragon software. Its accuracy also meant that I didn’t need to constantly check if it wrote every word I spoke correctly.

This meant that with a little training, I have now become somewhat used to speaking my sentences out loud rather than typing them. I’ll be the first to admit that it still takes some getting used to, and quite frankly, dictating sex scenes is weird AF. But it’s a small price I am more than willing to pay to keep my wrists from becoming worse. I plan on writing for a long time, so anything that can help me prepare for a marathon of writing rather than a sprint, I will embrace with both hands. A little awkwardness doesn’t seem like too high of a price to pay.

A few last remarks about this dictation software. I’ve only used Dragon for three days now, so is definitely too soon to give a definitive answer on whether this is the perfect solution for me…or for anyone else. I can only say that the results so far have been encouraging and that I am definitely determined to keep working with the software in the foreseeable future.

Also, keep in mind that as I mentioned, the Mac version of this software is not the same as the Windows version and is getting horribly bad reviews. If you are a Mac user like me, that means having to do either a dual install on your Mac (meaning you install both Mac OS and Windows on your Mac) or buying a second laptop, like I did. Obviously, that is quite the investment to make. Before you do that, I recommend you try the free Mac dictation software that comes with newer Macs. I have also heard that word has dictating options now, but I have not tried them. I only heard about them after I had already purchased the Dragon software. I’m just saying, do a little googling before you decide to spend money.

That being said, if you already own a Windows laptop that is fast enough to run Dragon — the biggest thing is that it takes up quite a bit of space and internal memory to run parallel to whatever writing software you use — Dragon itself isn’t that much of an expense. I bought the premium version because it had some options I was interested in that the basic version didn’t have, and it came to slightly over a hundred dollars. You’ll also need a decent headset with a microphone, though technically it will work on your computer’s built-in microphone. For the best results, obviously a headset is preferable.

In short, I had tried dictation before and really didn’t like it, both because of the lack of accuracy of the transcription and the struggles I had with dictating. Both seem to have been solved with using Dragon Naturally Speaking. I’m super happy with my results so far, and I just wanted to share this with you.

Let me know if you have any questions. As may be clear, I am far from an expert on Dragon or dictation in general, but I’d be happy to answer any questions I can.

PS this entire post was dictated on Dragon. All the edits I did were done using voice control. Pretty sweet, huh?

Here are some Amazon links to my purchases:

Laptop: after much deliberating, I decided on this HP. It’s not the cheapest, but those lack the memory and hard disk space to run Dragon. This is still super slow compared to my Mac, but it works.

Headset: this one was recommended to me. I haven’t bought it as the headset I had seems to work, but it’s not bluetooth, so I may buy this one soon.