Exciting news! My co-author K.M. (Kyleen) Neuhold and I are super proud and happy to show you the cover for campy, the next Ballsy Boys book. We’re making great headway, and the plan is to release some time next month. 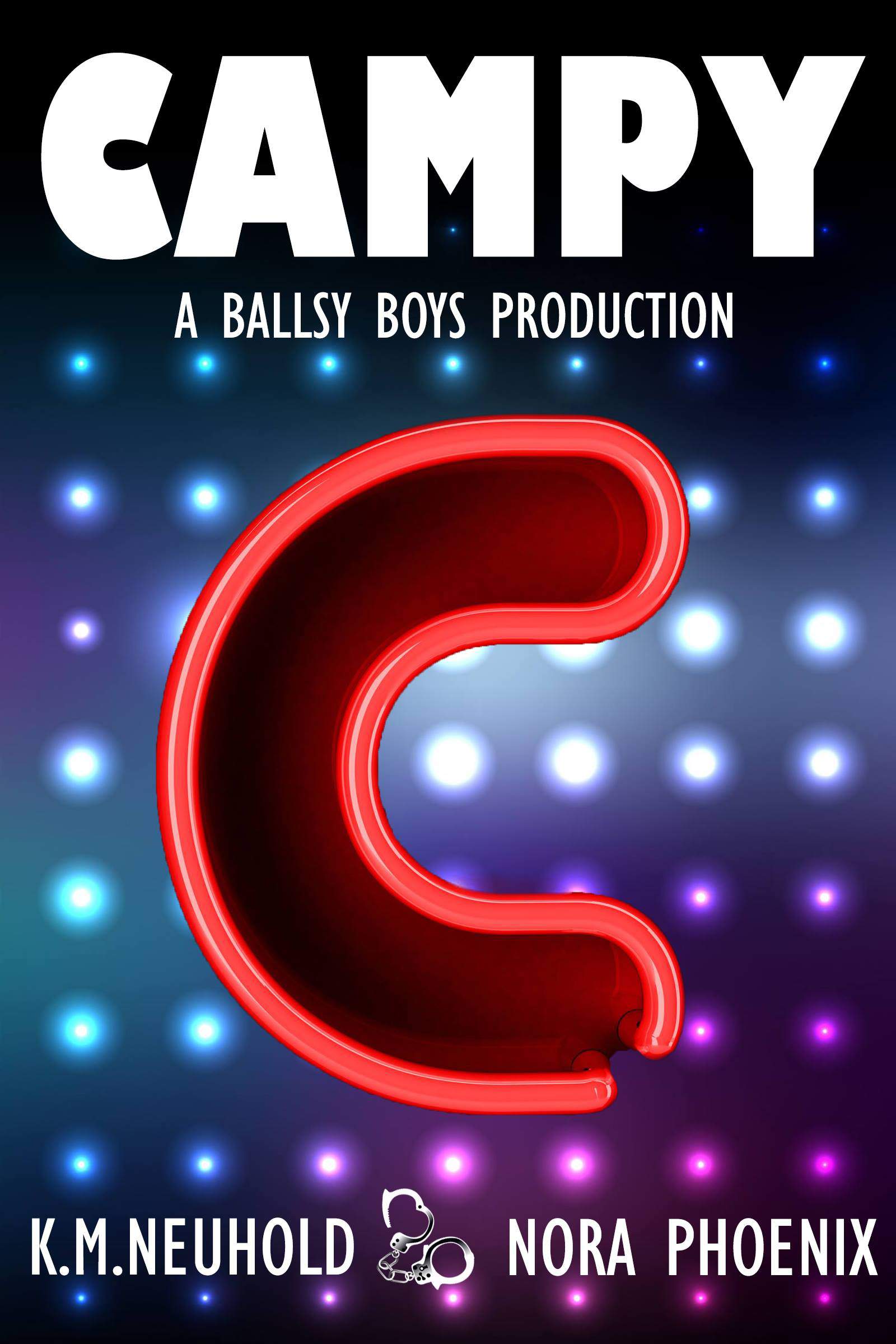 If you’ve been following our Ballsy Boys series, you may be wondering about Campy. Because he’s hiding something…but what? Well, when he gets a new roommate, a true Texan cowboy-turned-actor, his secrets won’t stay hidden for long. But what will he do when the truth comes out? And can Jackson, the hot cowboy, peel away the layers around Campy’s heart? So much to find out!

We’ve already shared some teasers in our reader groups on Facebook, but if you’re not a member, here’s a little snippet for you as well from Jackson’s POV (unedited):

I know Cameron has a shoot today, which means he’ll be tired when he gets home. He doesn’t realize it, but on those days, I’ve been taking care of him a little more than usual. I don’t mind cooking. It’s a great way to relax after a long day of work. And since we started shooting early, we’re done by six, which means it’s early enough for me to grab some ingredients and come home and cook.

I’ve discovered Cameron really loves Italian, so tonight, I’m making lasagna. He already told me he wasn’t expecting to be home before eight, but he still had to eat. When he walks in a little after eight, I already have the lasagna in the oven and I’m preparing a salad.

“That smells good,” he comments as he walks into the kitchen, sniffing the air. Then as he peers into the oven, his face lights up. “You making lasagna?”

“Yup, a triple portion so we have some leftovers for the rest of the week.”

“If my lips weren’t so sore from sucking dick half the day, I would kiss you.”

If that’s not the weirdest compliment I will ever receive, I don’t know what could possibly top that.