I’m working hard on finishing Beta’s Surrender, book three in the Irresistible Omegas series. The goal is still to release late this month, probably around the 30th of July.

Beta’s Surrender is the story of Grayson, Lars, and Sven. If you remember, Grayson ended up on the PtP Ranch when his son Lucan revealed proof of insurance fraud to Palani and was threatened as a result. To protect them, Lidon invites Grayson and Lucan to live on the ranch.

Lars and his adoptive brother Sven are brought in by their brother Enar when he discovers Sven had the mutative Melloni gene and hasn’t had his first heat yet. But the relationship between Enar and his brothers is anything but easy, especially not after he catches them in a rather compromising position.

Bratty Lars frustrates Grayson as much as he captures his interest, and he volunteers to keep him in line. There’s something about the beta that he can’t place, something the boy needs that Grayson hasn’t figured out yet. 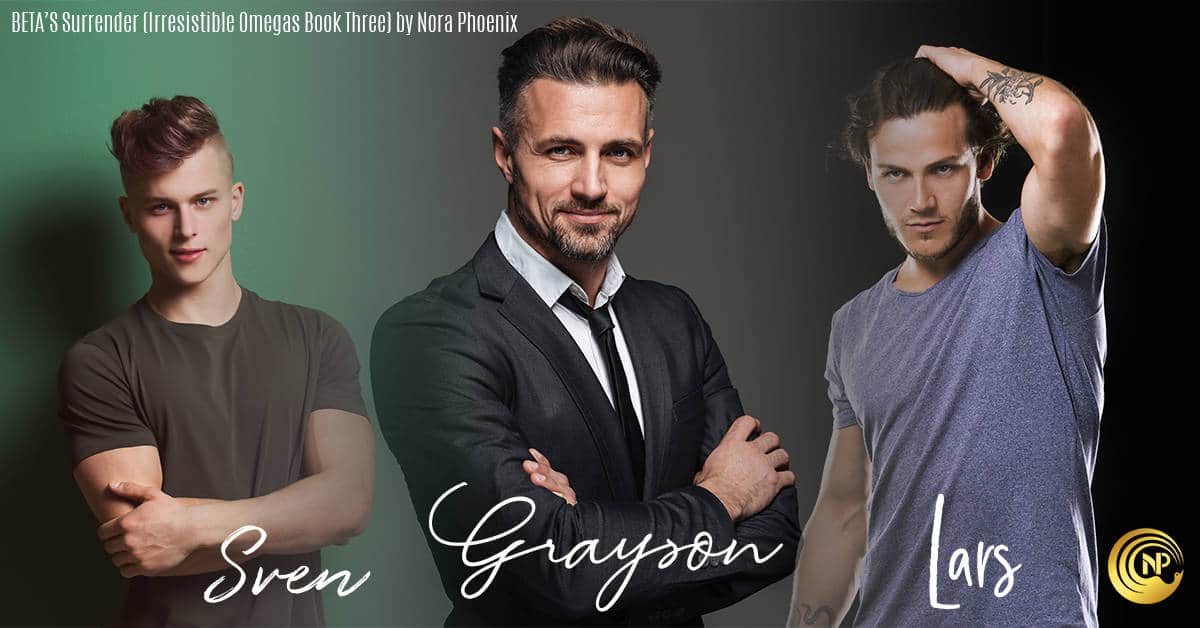 But when Sven’s heat starts sooner than expected, Grayson is asked to fulfill an entirely different role. Sweet Sven entices him just as much as recalcitrant Lars, and between the two of them, Grayson has his hands full.

Then, he discovers what the two boys really need…a daddy. Will the love between Lars and Sven survive bringing in a third when it’s been the two of them against the world for so long? And can Grayson convince Lars to surrender to him when the beta’s trust has been broken too many times?

I’m super happy to reveal the cover for Beta’s Submission, once again created by the talented Vicki Brostenianc:

And now I’m back to the writing cave to finish this book!