We know. You guys have had to wait a loooooong time before we (K.M. Neuhold and me) finally started working on the Kinky Boys, the spin off of our Ballsy Boys series. We both had other series and projects we needed to wrap up first. But…it’s time.

We started working on Daddy, the first book in this series, two weeks ago, and we finished the first draft yesterday. That’s incredibly fast, even for us, but this book just flowed right out of our hands. And we had SO much fun writing it!

We came up with the idea for this series when we were at a conference in Las Vegas last year November, so even before we’d written the last two books in the Ballsy Boys series. That’s why you saw Hunter, aka Daddy, one of the main characters in this first book, pop up in Pixie and Bear’s story. That’s also why this series is set in Vegas, where Kyleen and I have hung out twice now. We’ve incorporated some of our experiences in that city in the first book, haha! Once we started writing, the book basically wrote itself…

So who will be Daddy’s love interest, his boy, you may wonder. Well, you’ve seen glimpses of him in the Ballsy Boys series…

But first, let’s show you the cover, designed by the awesome Vicki Brostenianc. isn’t it awesome? As you can see, we continued our theme of not putting models on the cover but going for something eye-catching and in this case, something that immediately makes clear where the story takes place… Viva Las Vegas! 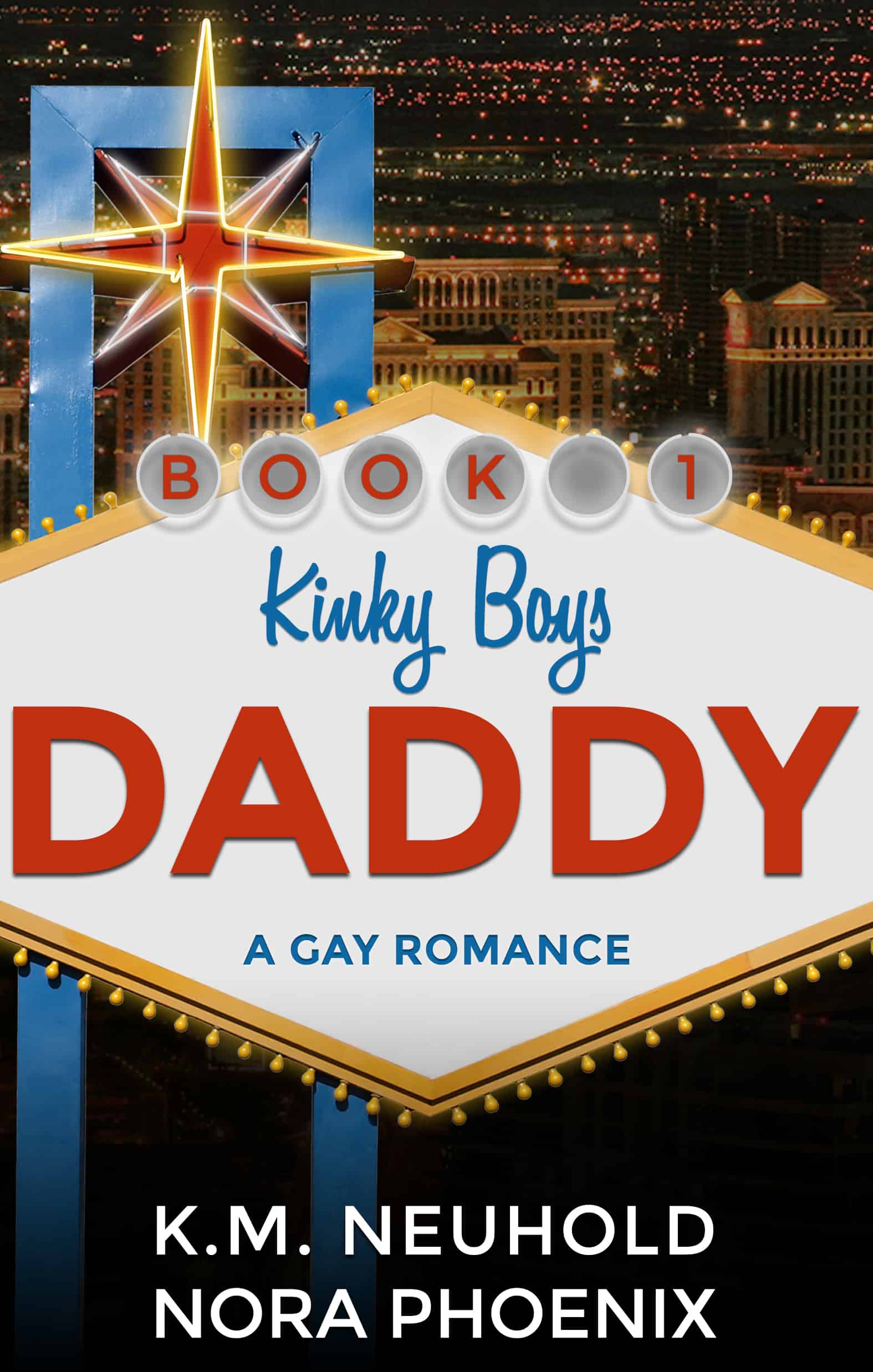 Who Will Be Daddy’s Boy?

But now for the big question: who will be Daddy’s boy? Here we go.

Sex has never been my main priority. Not what people expect to hear from someone who’s been head camera man for the single best studio in the kind of industry I work in.

I thought I’d seen it all working for the Ballsy Boys, but helping to build the Kinky Boys from the ground up seems like it’s going to be an eye opening experience.

A man has never turned my head before, so why can’t I stop checking out Daddy?

Sex might not be the height of excitement for me, but watching subs kneel for their Daddies certainly has me wondering…

Daddy is the first book in the Kinky Boys series, a spin off from the bestselling Ballsy Boys series. It can be read as a stand alone and ends with a HEA.