You are here: Home / Teasers / Cover Reveal and Teaser for Omega’s Power

It’s past time to reveal the gorgeous cover for Omega’s Power and share some more details about this upcoming release! I finished the first draft yesterday, and today, I’ll spend all day self editing it before sending it off to my editor. It took me longer than expected to finish it, which had several reasons.

Delayed Release Date (but Only by a Little!)

The first was that I had planned to write after arriving in Albuquerque for GRL (GayRom Lit retreat, the biggest gay romance conference in the US), and that was unrealistic. Not only was I tired from working hard before and the high altitude was impacting me, but I also wanted to hang out with readers and fellow authors. So I made the decision to allow myself to rest, and that was the right call.

When I got back, I still wasn’t feeling well. My body really didn’t like the altitude and the dry air, and it took me days to get over the effects. To give you an example, my nose hurt like a MF inside. Turns out, the skin on my septum had ripped open because of the dry air. Like, there’s a massive gash/tear that needs to heal. Fun times. I now have to put Vaseline on it a few times a day with a cotton swab. Just saying.

Then there was something else that made this book hard to write, and I explained it in this guest blog post I wrote for the LoveBytes Review blog. It may sound silly that after two years of writing I still hadn’t realized that, but there ya go. You learn something new every day.

And last but not least, my characters had a fun surprise for me at the end, which meant adding more scenes than I had planned, so that took me two days more as well. All this to say that I’m behind schedule, which means the release will be pushed back…but only by a few days. I’m planning to release to my patrons on Friday (Nov 1) and on Amazon on Tuesday, probably (Nov 5). Let’s hope that will work.

I don’t have the official blurb yet for Omega’s Power (which reminds me that at some point, I should probably write one, haha), but Omega’s Power continues the love story of Naran, Lev, and Sivney. These three brought quite a bit of baggage, and they’re trying to figure out how they fit together, which is not easy. The pack as a whole has bigger worries because civil war is on the verge of breaking out, and since the capital is close to them, that does’t bode well. But when one of the pack members becomes deadly sick, even war isn’t their first concern anymore…

Christmas is coming, but will it be a merry one?

And here’s a little teaser from Omega’s Power (unedited):

Sivney reached out his hand to Naran who took it and pressed a kiss on it. “Ditto,” he said.

Sivney lifted an eyebrow. “Ditto? That’s all you have to say?”

“What, like your declaration of love was so romantic?”

Sivney rolled his eyes. “Dude, at least I mentioned the word love. Ditto? What the fuck does that even mean?”

“It means I love you too, you bossy little shit. I have for a while now, but I was waiting for you to be ready to hear it.”

Sivney grinned. “There’s something seriously wrong with you if you think that declaring your love for me and calling me a bossy little shit in the same sentence is somehow romantic.”

Naran smiled at him in that way that made Sivney’s stomach flutter. “You don’t need romance, firecracker. You need the truth. And the truth is that I love you more than I had ever thought possible, and I’m the luckiest man on the planet to have you two…and our little girl.”

Gah, he’d found Sivney’s weak spot, and he sighed as he leaned in against Naran’s shoulder. The alpha’s arm came around him, pulling him close. “All joking aside, firecracker, you, our sweet boy, and that baby girl are my whole world. Come back safely, you hear me?”

And in case you’ve missed my cover reveals on Patreon and in my Facebook Group, here’s the amazing cover, made by Vicki Brostenianc. 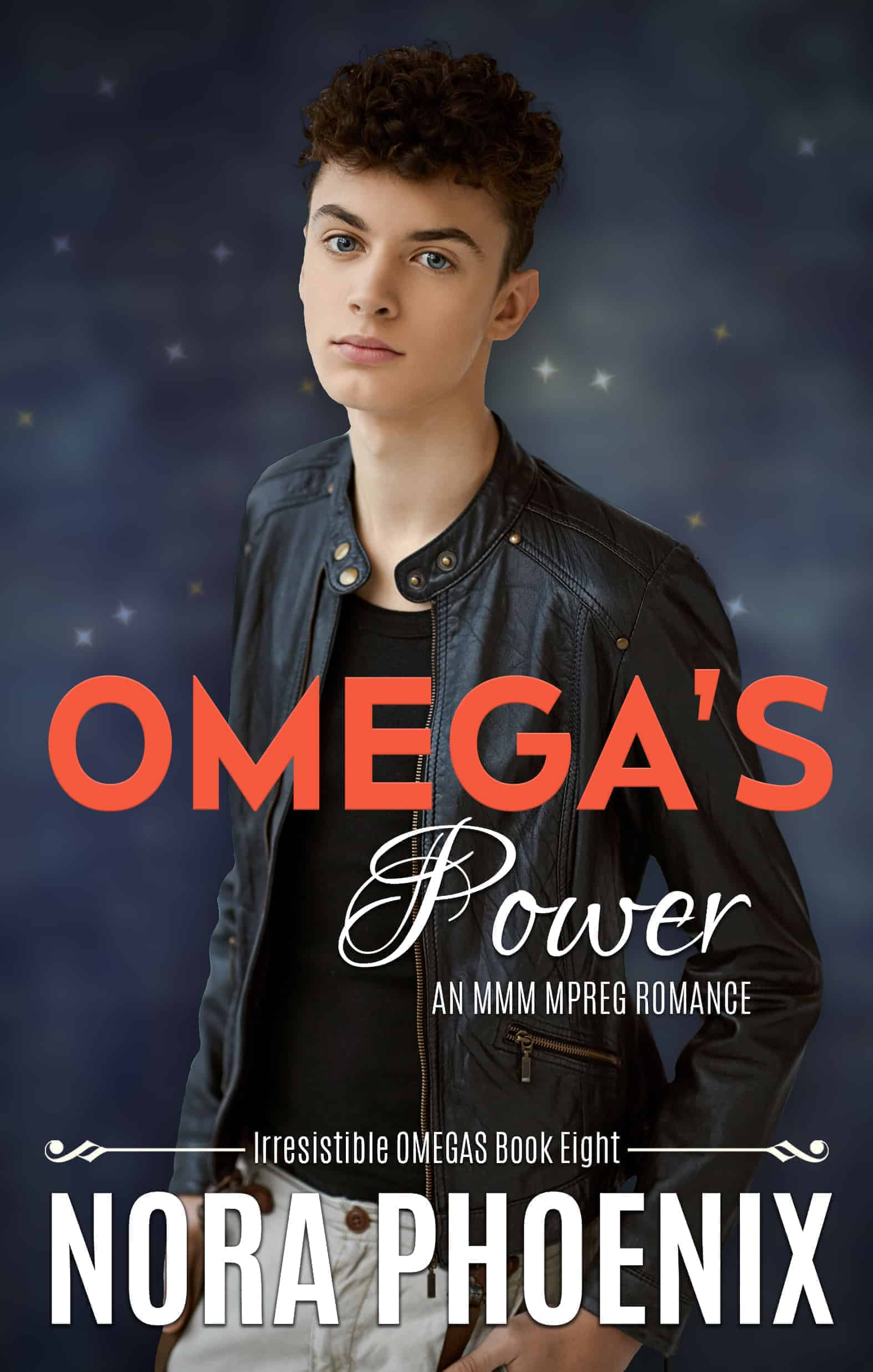