K.M. Neuhold (Kyleen) and I finished Ziggy, the second book in the Kinky Boys series, and we’re excited to announce the release date: April 28. Even better: the preorder is already up, so you can preorder today!

As the name Kinky Boys already indicates, we’ll be exploring various kinds of kink in this series. In Daddy, the first book, we saw the sweet Daddy care between Daddy Hunter and Joey. In Ziggy, it’s all about sweet puppy play (which is actually pretty close to Daddy care in that it’s a soft, gentle kink…very nurturing). We revealed the cover before (if you haven’t seen it, take a peek here), and here’s the final blurb. 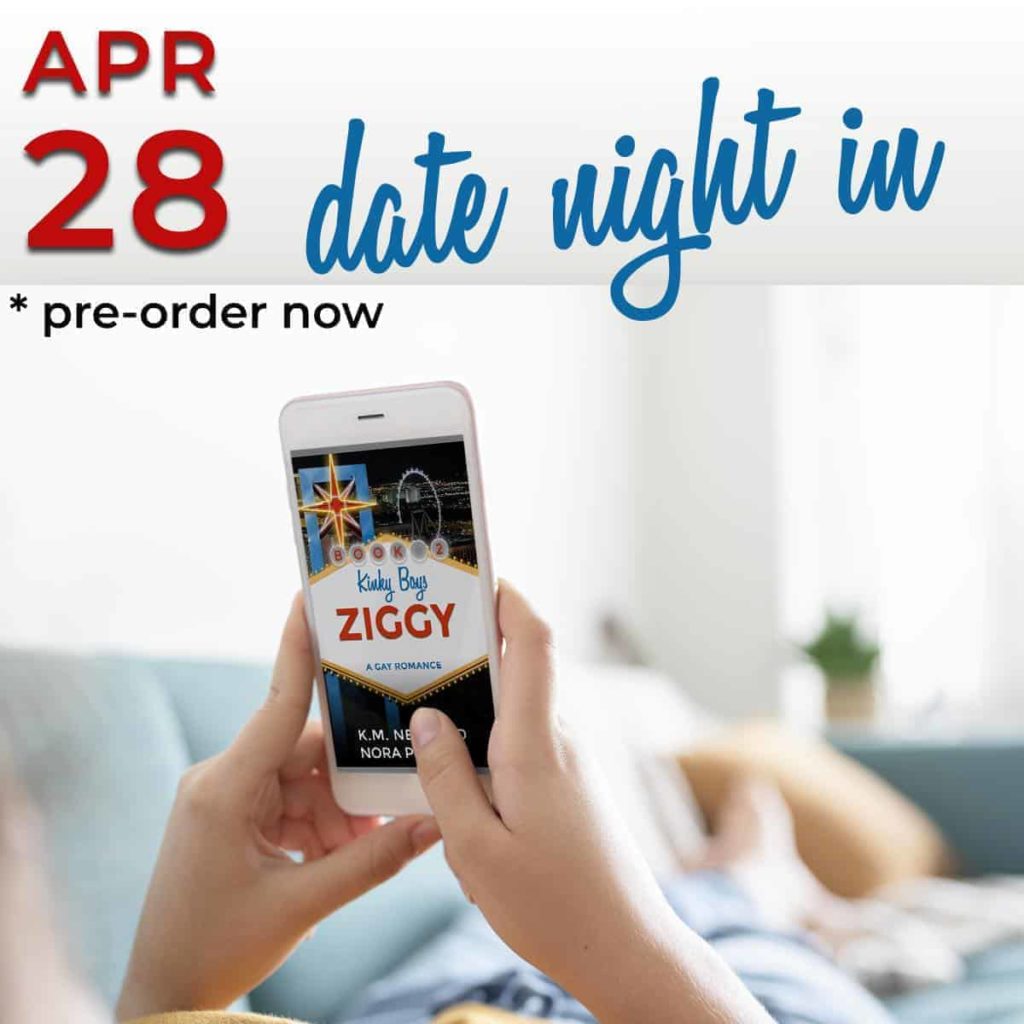 Luckily, there’s Marshall, the consultant who oversees all shoots. He’s so calm and steady, and he’s there for me when I panic. That doesn’t mean I suddenly being tied up or something…until Marshall introduces me to puppy play. I want to be his good puppy…and much more because it’s hard not to fall for him.

But I still have a contract. I don’t want to disappoint my boss, I need the money, and what the hell was I thinking signing up for this?

This isn’t a long-term career plan, Marshall is only temporary in Vegas, and I may have made the biggest mistake of my life… Or have I?

We know puppy play isn’t as popular as, for example, daddy kink, but we hope that you’ll give Ziggy a chance…he’s such a sweet and happy puppy! You’ll love him, trust us. Preorder now!