You are here: Home / All Posts / Burn Is Coming February 29

I’m super happy that a lot of new readers not only seem to be finding my Ignite series, but are loving it. The first book, Ignite, came out well over a year ago. It took much longer than anticipated before the second book, Smolder, released. But it came out earlier this month, and encouraged new readers to give this series a try.

When I released Smolder, I promised you guys wouldn’t have to wait long for the third book, Burn, and I’m keeping my promise. Burn will release February 29 and will be the third and last book in the Ignite trilogy. You can preorder now!

If you haven’t read Ignite yet, this is the perfect timing. In Ignite, we meet three men who are locked up in camp for being gay: Austin, Mack, and Tan. Austin is the tough quarterback who got betrayed by his boyfriend, Mack is the innocent guy whose own parents reported him, and Tan is just doing whatever he needs to to even stay alive.

When a meteor shower throws the camp into chaos, they escape. Those meteors turn out to be an alien invasion, so now they have to stay alive from now only their own government, but from aliens as well. While on the run, hiking through rural Wyoming, they get to know each other…and slowly become more than friends. 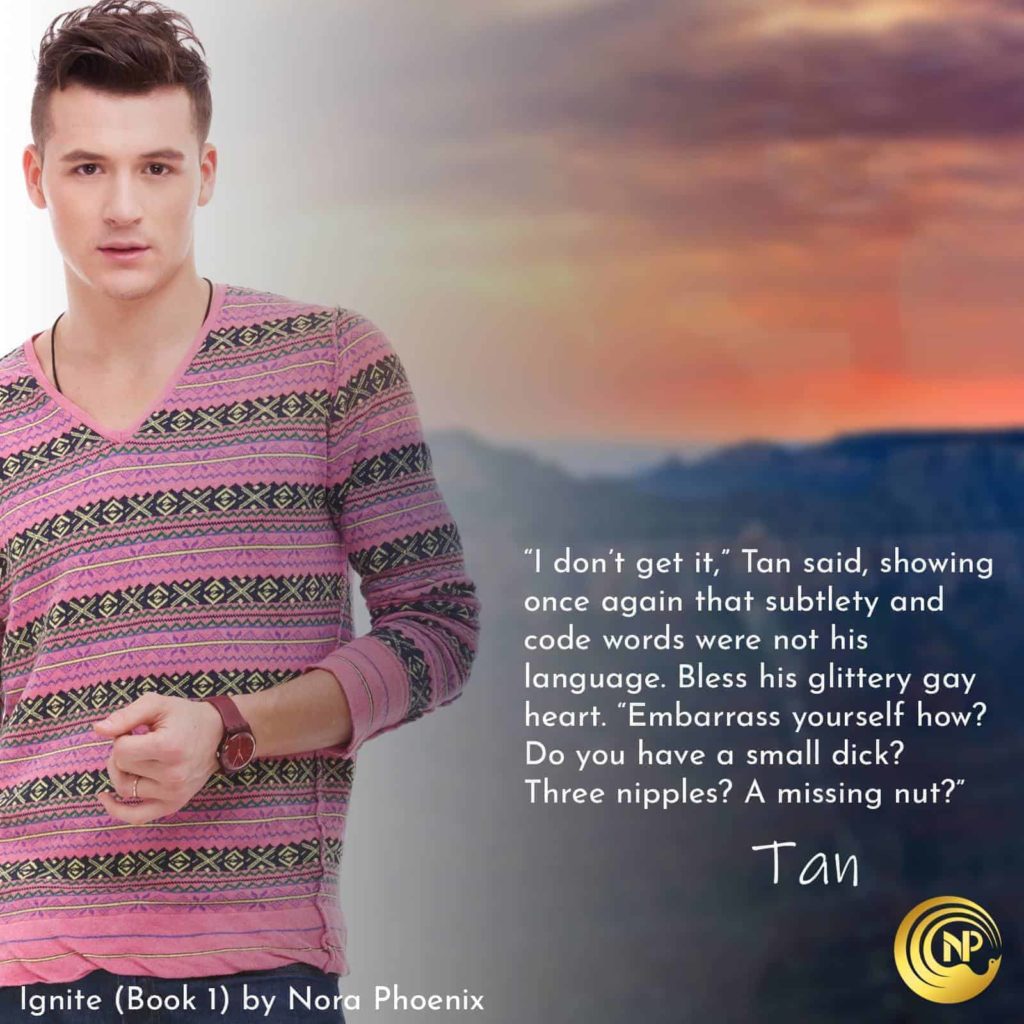 In Smolder, Austin, Mack, and Tan have found a safe spot at the deserted farm. They have food and shelter, but what will the cost be of defending their little slice of heaven?

Unexpected visitors keep showing up, and it becomes harder and harder to tell friends from enemies…and the line between right and wrong becomes more and more blurred.

They grow closer and closer, finding comfort with each other, but when disaster strikes and threatens what has blossomed between them, will they find a way through this? 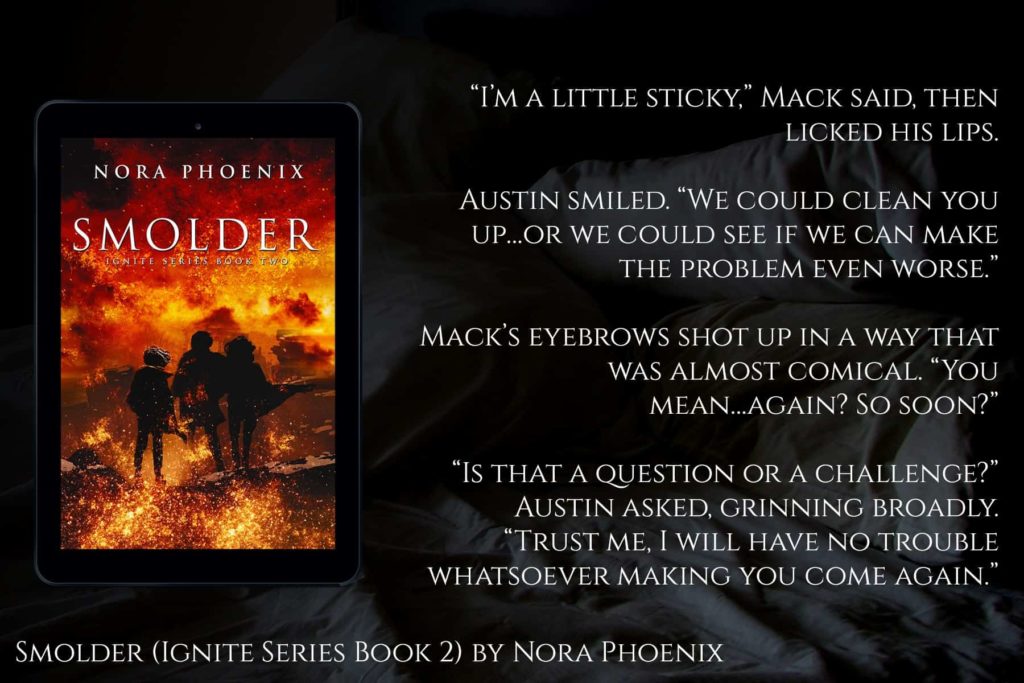 In Burn, things escalate. They team up with others, but are they friends or enemies? Hard choices have to be made as they leave the farm and its safety behind them and flee Wyoming. But with the world around them burning, where will they be safe? And will they ever have a chance at a happy end with the three of them?

Ignite is a perfect mix of a slow burn MMM romance wrapped in an action-packed survival story. Expect high-adrenaline scenes with vulnerable conversations, a slow burn romance that will make your heart melt, and world building that will keep you captivated.