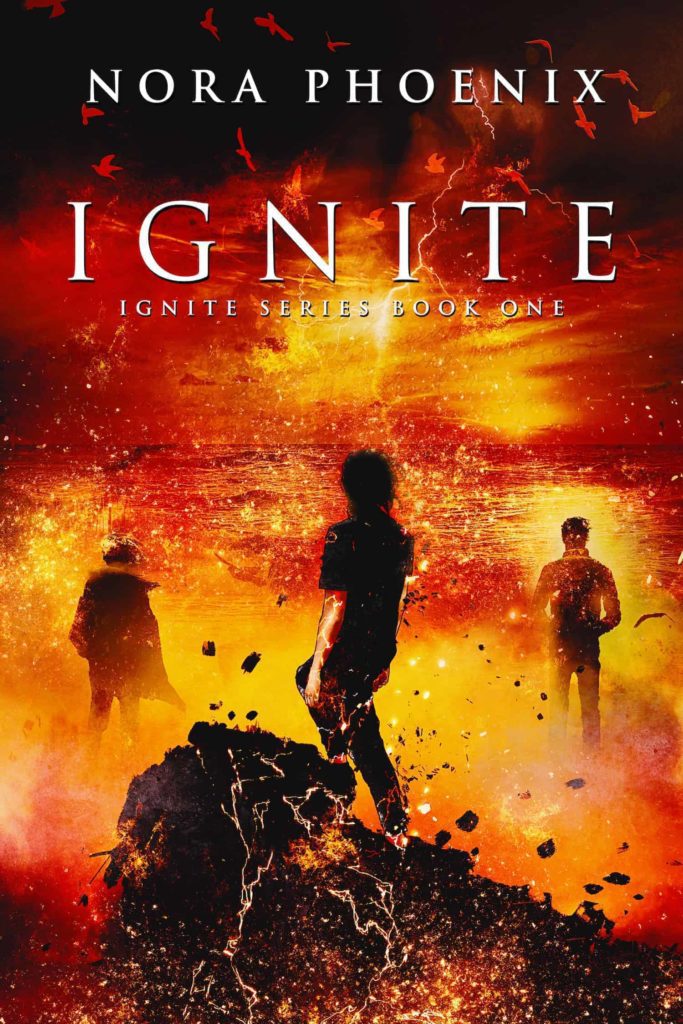 Wanna read something completely different? Try out this heart-stopping page turner, a new sci fi slow burn MMM romance where three men stand together to survive an alien attack and their own government. In a world that’s burning, where it’s every man for himself, all they can do to survive is hold on to each other…

The United States has split into three countries, and in the Conservative United States, being gay will get you sent to a reintegration camp. Tan has survived three years in camp, but he’s at the limit of what he can endure, even with the help of his best friend, Austin.

When a massive meteor shower creates complete chaos at the camp, Austin and Tan see a chance to escape and they take it. On a whim, they decide to bring Mack with them, a newbie at camp who seems to know more about survival than anyone.

But when the meteor shower turns out to be much more and they discover aliens have landed on Earth with war on their agenda, their escape becomes a hell of a lot more dangerous. All of a sudden, they’re not only hiding from their own government, but from alien forces as well. Their only chance is to reach the border to find freedom. But without power and food, and with every man for himself, how will they survive?

Ignite is the first book in the Ignite series, which mixes dystopian elements with sci-fi and a slow burn MMM romance. The first book will end in a cliffhanger, so no HEA or HFN, but we’ll get there eventually. Please mind the trigger warnings in the front of the book.

Check out teasers from Ignite here!