You are here: Home / Library / Coming Out on Top 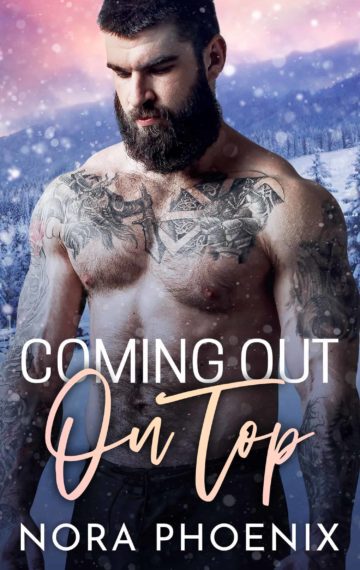 Most of all, he’s searching for a man who will let him be in charge, despite the fact that he looks like an elf.
But all that will have to wait because right now, he’s searching for shelter after getting stranded in the middle of nowhere, New York with a massive snow storm about to hit. He finds an unexpected host in Mac, a man the whole town seems to hate. Mac has secrets…but so does Quentin.

Coming Out on Top is a steamy contemporary gay romance with an age gap, a dash of kink, a ton of snow, a gentle giant of a man, and a bossy twink. This book was previously published as Snow Way Out, but the content is unchanged.

No Surrender is also available in audio, narrated by Kenneth Obi. You can grab it here. Listen to a sample below!