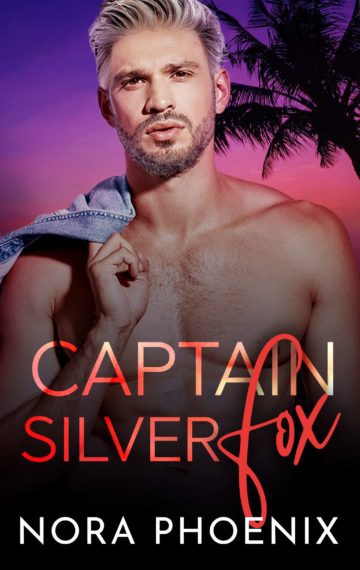 That moment when your spectacular one night stand turns out to be your sexy, older new boss. FML.

Until he discovers that his one-night stand is none other than the legendary Captain Silver Fox aka his new boss. Oops.

Still, it shouldn’t be an issue because Brantley doesn’t do coworkers and Fox is known for being strict as hell about not dating employees. That should make things easy, if not for that pesky attraction that keeps flaring up whenever they’re in the same room. Or on the same ship. What the hell do they have to do to get rid of that?

Captain Silver Fox is a stand alone MM romance with an age gap, yummy steamy scenes, a Caribbean setting on a cruise ship, and a one-night stand that turns into an embarrassing case of falling for the boss. This book was previously published as Shipping the Captain, but the content is unchanged.

Captain Silver Fox is also available in audio, narrated by Tim Page and Liam DiCosimo. You can grab it here. Listen to a sample below!