You are here: Home / All Posts / Audio Updates

One of the plans for this year is to catch up with my backlist on audio and release new titles on audio as soon as possible. So let’s catch up on where we are with that.

Unfortunately, Audible has a massive backlog at the moment, causing long delays in the approval of audio books. It used to take about two weeks, but we sent off Daddy on February 17, and it’s still not live. We’re hoping it will be out any day now, but there’s little we can do.

I’m also waiting for Snow Way Out, which was sent off on March 6, so that’s been over two weeks as well.

So far, the only audio release this year has been Smolder, so there’s that. Sigh. We’re trying, that’s all I can say. 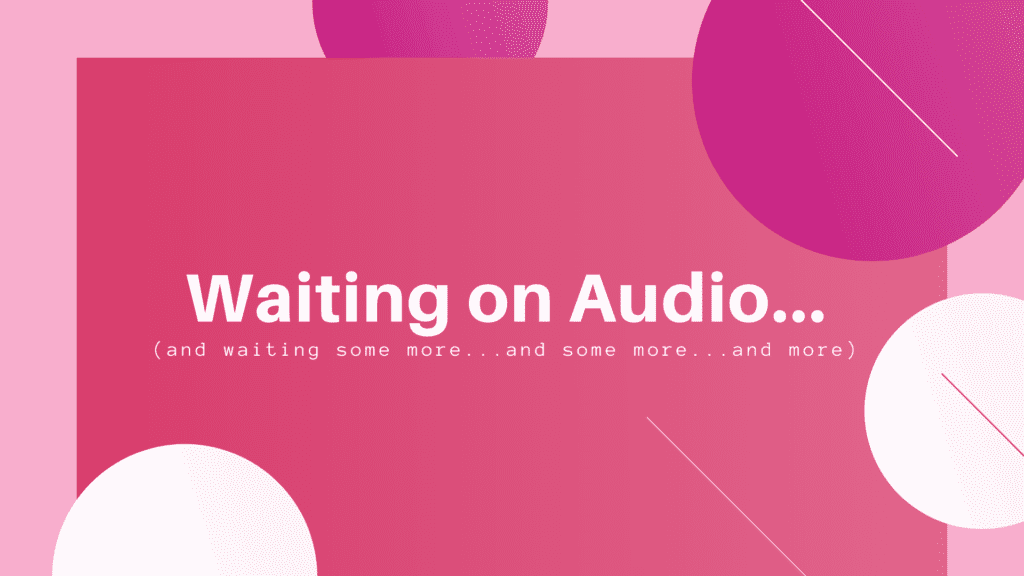 Kenneth has started recording Burn, which should be done in a few days, so hopefully that will go live some time in April. After that, he’ll work on Slow Hand so that will release not too long after the book releases. Once that’s done, he’s gonna start on my backlist…and first up is my Irresistible Omegas series! He’ll start working on Alpha’s Sacrifice mid-April, and after that, one or two per month are scheduled, so we hope to have the whole series about by the end of the summer. I can’t wait to hear him voice Lidon and his men. It’s gonna be epic…